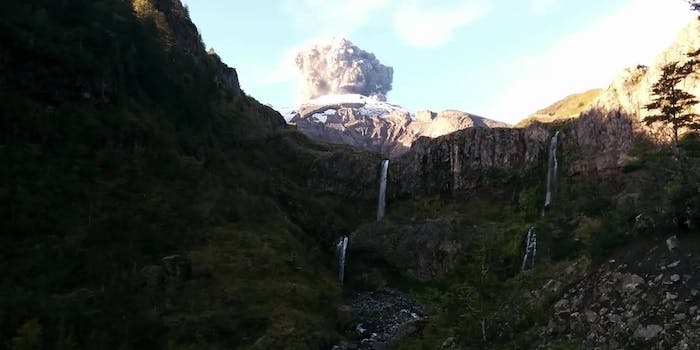 He drops the camera as soon as he realizes what's happening.

The eruption of Chile’s Calbuco volcano on Thursday was documented from several angles, but a hiker captured it just moments before pillars of smoke start to rise.

Smoke reached six miles into the air and caused two feet of ash to fall in two eruptions throughout the day, leading to the evacuation of thousands of nearby Chileans in a 12-mile radius. This is the volcano’s first major eruption since 1962.

No injuries were reported.