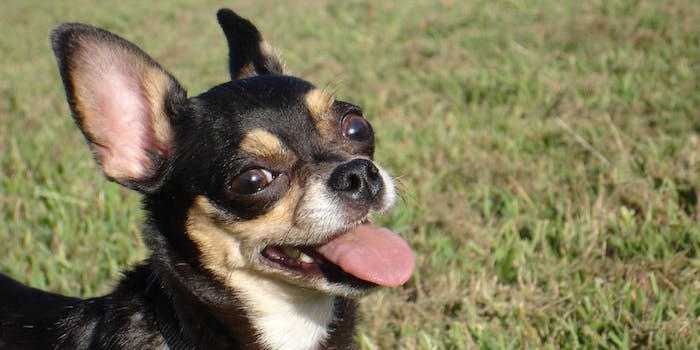 Apparently cat-fetching is an important job for this tiny chihuahua.

One woman taught her chihuahua to fetch her cat, resulting in a video with absolutely perfect dog vs. cat characterization. The chihuahua is obviously too small to lift the cat properly, so it hefts the cat up like a sack of potatoes, eagerly trying to bring it back to its owner. Meanwhile, the cat just sort of tolerates this behavior and makes no effort to help whatsoever.

We have no idea why this woman felt cat-fetching was a necessary chihuahua skill, but it’s pretty adorable.

Photo via Robert Simmons/Wikimedia (CC BY 2.0)