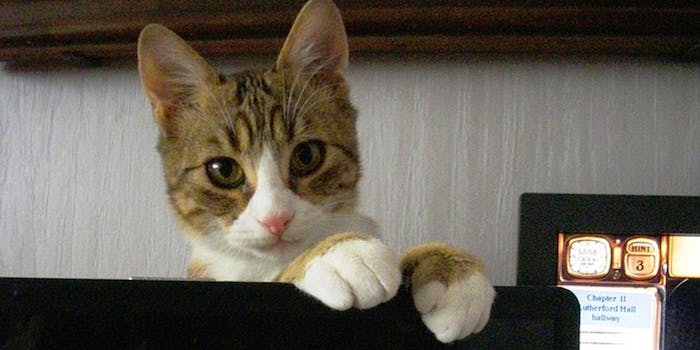 The Chicago Tribune made an adorable mistake today

For 15 minutes, the Chicago Tribune's homepage was extra furry.

If you weren’t looking at the Chicago Tribune around 9:53 this morning, you likely missed a glimpse behind the Internet curtain.

For roughly 15 minutes, the newspaper’s homepage was missing the image and text of its lead story. Instead, there was a photo of an adorable gray kitten and the placeholder text. Or rather, test. Test, test, test, test. 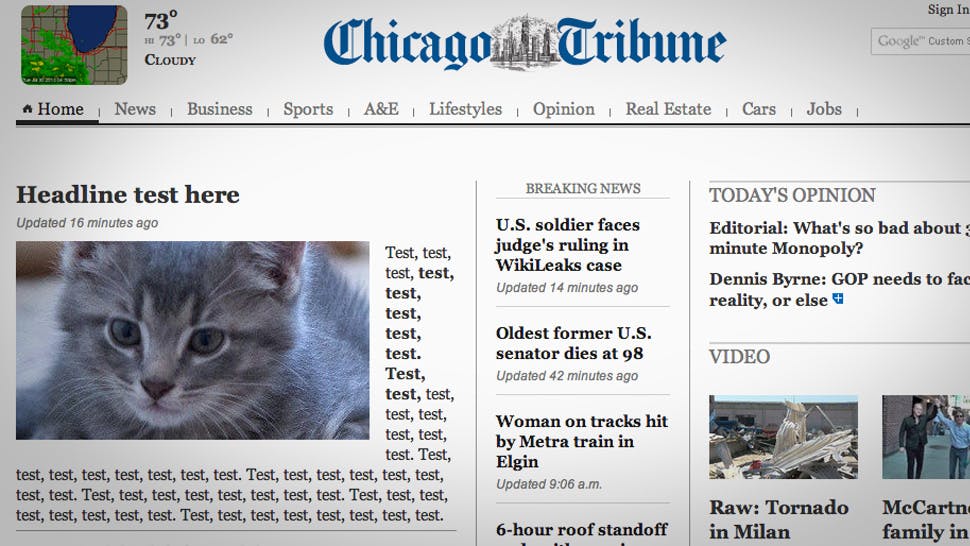 It has of course been fixed by now, but is comforting to see a reputable journalistic institution’s homepage turned into a random piece of abstract art every once in awhile. Keeps the Internet balanced. Also, cats.