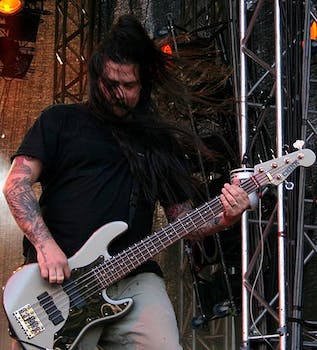 In the first sign of progress since June 2010, Deftones bassist Chi Ling Cheng is shown in a new video lifting his leg twice on command.

On Nov. 4, 2008, Deftones bassist Chi Cheng was in a near-fatal car accident in Santa Clara, California. At 60 miles per hour, he was ejected from the passenger seat of a car as it flipped over three times. He’s been in a near-continuous coma since then.

For the first time in over three years, his fans, friends, and loved ones have cause for celebration. In a video uploaded by oneloveforchicheng to YouTube on Feb. 1, Cheng is shown lifting his left leg about two inches on command, twice. It was his first significant sign of improvement since June 2010, when Blabbermouth.net reported that Cheng was “showing signs of improved neuro[logical] function and improved alertness.”

The video has already received more than 50,000 views and hit the front page of the social news site Reddit, where users applauded the update. (The uploader disabled comments on YouTube, so most of the supportive conversation is taking place on Reddit instead.)

“Wow,” wrote CUNexTuesday in a top-ranked comment. “I can’t believe how long it’s been. I’d like to see him make a 100% recovery & win the lottery to pay off that mountainous hospital bill.”

“I’ll shell out whatever it takes to see the tour for the album that Deftones releases in celebration,” added edak.

Cheng’s uphill battle is far from over. But the video has helped raise awareness once more for Chi Ling Cheng Special Needs Trust and his recovery-support site, One Love for Chi. The corresponding Twitter account (@OneLoveForChi), regularly updates Chi’s status for more than 3,000 followers.

The donations help Chi “get the best possible care available and to provide for his personal needs,” Gina Blackmore wrote in the video’s summary, thanking viewers for their support.