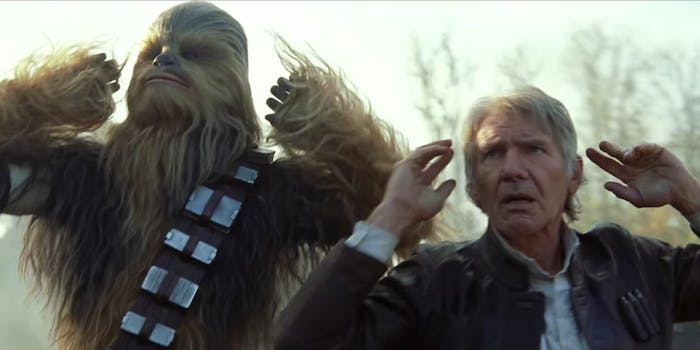 Chewbacca with Peter Griffin’s laugh is strange and wonderful

We're glad Lucasfilm chose the voice it did.

Star Wars has been a key part of Family Guy cutaways for years—and the subject of three parody episodes to date—but now the animated sitcom is injecting itself into that galaxy far, far away.

While nothing can ever truly replace Chewbacca’s iconic growl, MoviePilot went in and replaced it with Peter Griffin’s laugh (and even a drawn-out groan or two), and we can’t look away. As amusing as it is, we’re glad that Lucasfilm went with the voice it did; Star Wars would’ve been an entirely different trilogy otherwise.

But considering how similar Griffin sounds to this laughing camel, he might not have been that far out of contention.