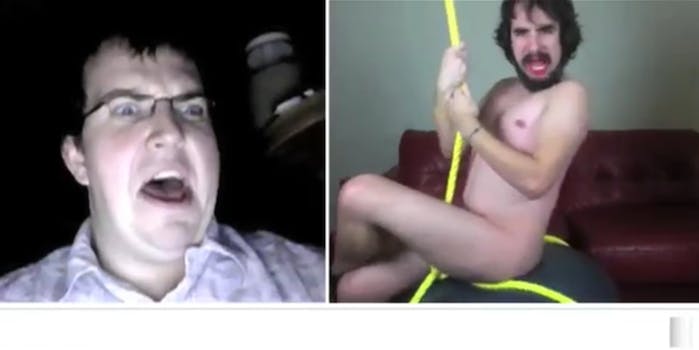 Even when Steve Kardynal’s makeshift wrecking ball breaks mid-song, he gets back up again.

Trolling people on Chatroulette has now become a post-modern pastime, and YouTuber Steve Kardynal elevated it to an artform with his past performances of Carly Rae Jepsen and Katy Perry songs. His latest homage is to Miley Cyrus’s “Wrecking Ball, in its entirety. And we mean entirety.

What’s interesting about this swing through the screens of Chatroulette is that almost everyone Kardynal lands on starts singing along, even if they’re a bit confused as to what they’re seeing, a testament to the universality of Miley’s pop ballad. Everyone knows the lyrics, and they sing it with feeling.

Even when Kardynal’s makeshift wrecking ball breaks mid-song, he gets back up again, which is the basic message of the song. Who knew Chatroulette could be so revelatory without involving genitals?