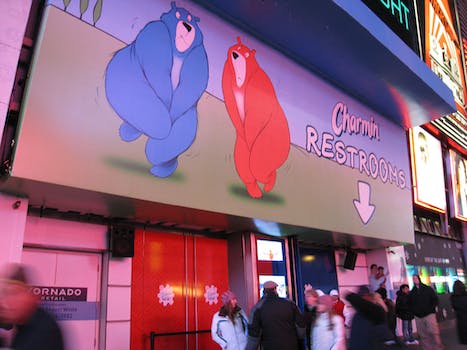 The best of @Charmin’s tweets from the seat

@Charmin has celebrated the art of dropping a deuce with a vigor not seen since the heydey of ratemypoo.com.

The Twitter feed of Charmin toilet paper, @Charmin, promotes its bathroom tissue through daily tweets that praise not only the brand but also the unparalleled relief that comes only with restroom breaks.

According to a recent exposé by Betabeat, the tweets are made by an outside advertising agency as well as employees of Procter-and-Gamble, which owns the Charmin brand. Each tweet is hashtagged with #tweetsfromtheseat.

So far, connecting with users on Twitter has been successful for the company. Its account has over 11,000 dedicated followers; competing brands Cottonelle (2,400-plus followers) and Quilted Northern (3,600-plus followers) fall far behind. Fellow competing tissue Angel Soft, with a mere 56 followers, barely registers on the radar.

Featuring an image of the adorable, very sanitary bear from its television commercials as an avatar, @Charmin has celebrated the art of dropping a deuce—and wiping clean with the leading brand of bathroom tissue—with a vigor not seen since the heydey of ratemypoo.com. Among the feed’s many, many highlights: 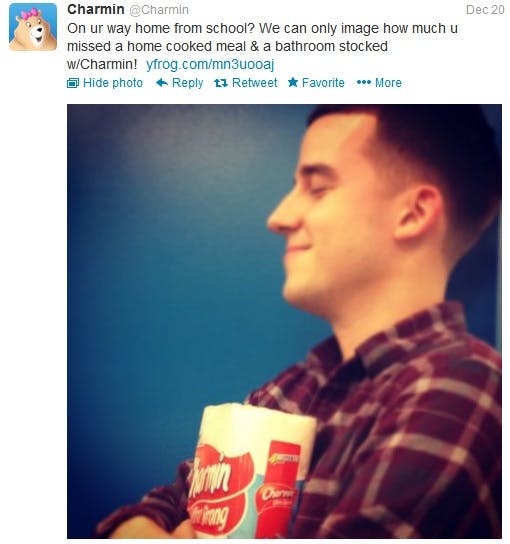 Mr. Whipple would be very proud.