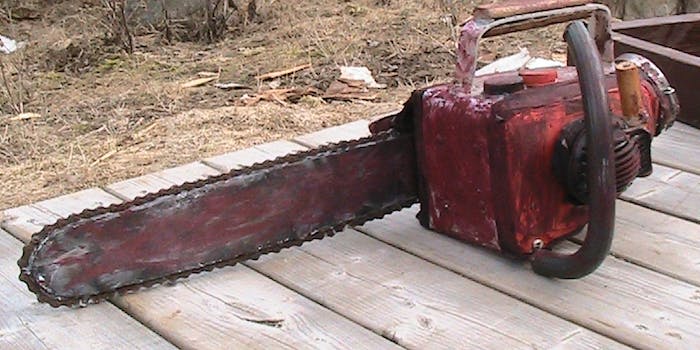 Canadian man caught on video waving a chainsaw at a family

For obvious reasons, this man was arrested the next day.

Today in things that will absolutely get you arrested, a Canadian man was caught on camera threatening a family with a chainsaw.

Manuel Delisle was arrested in Quebec for a road rage incident in which he revved a chainsaw and waved it at a family who remained locked inside their car. The video shows Delisle swearing and holding the chainsaw up to the window. You can hear a child calling out in fear in the background.

Karine Cyr, the woman whose voice you hear in the video, filmed the whole thing on her cell phone and posted it on Facebook.

Delisle was released after his arrest on the condition that he keep the peace and not go within 500 metres of the Cyr family home.

Photo via bjornofcorn/DeviantArt (CC BY 3.0)