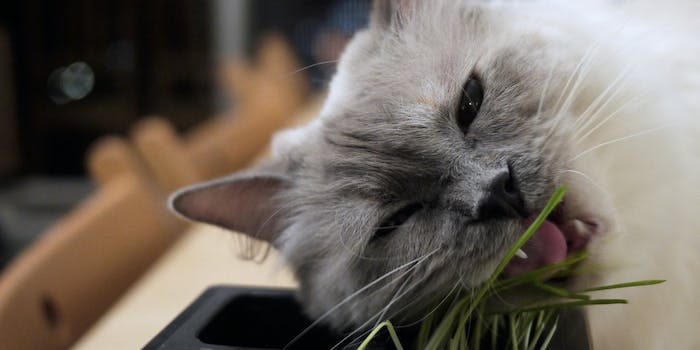 Cat acts like a dog when his soldier owner comes home

Cats, for lack of a better term, are jerks. They’ll interrupt your guitar sessions, kick your other pets off the bed, push a dog down the stairs, or outright terrorize you in a Bane mask.

They’ve even trolled their own kind, proving that nobody is safe from their dastardly ways.

However, every so often you’ll stumble upon a cat like Finn. His owner Nick came home from boot camp in the military a couple months ago, and he couldn’t stand it. He paced, he was vocal, and he was extremely impatient.

His fellow feline keeps it cool. Someone still had to act like a cat around there.