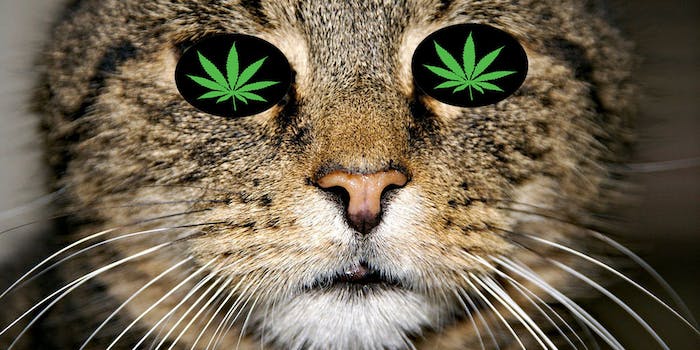 A small, grey-and-white cat was found to be smuggling drugs into a prison in Pruncul, a small village in the Eastern European principality of Moldavia.

Prison guards noticed the cat had a familiar pattern, entering and exiting the grounds through a small hole in the fence. Upon closer inspection, the guards realized it was an unknowing participant in a drug ring. Attached to its collar were bags of marijuana.

It’s the latest in a string of strange contraband stories. In March 2013, prisoners used Facebook to place drug orders. Just a few months later, it was revealed that smartphones were being snuck behind prison walls in very uncomfortable places.

Moldavia authorities have yet to identify the ringleader or any major participants in the case.