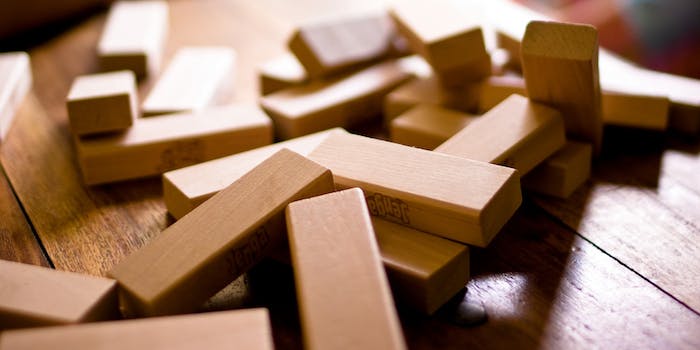 This cat is better at Jenga than you

He even has a strategy going.

A game of Jenga is tricky and nerve-wracking enough when you’re just playing with humans. The stakes are even higher when you’re pitted against the jerks of the animal kingdom.

Allowing a cat, known for causing minor destruction for no particular reason, to play Jenga seems like a terrible idea. Won’t it just knock the blocks over? Or worse, lose interest after a few minutes?

Let Moe disprove every misconception you had about cats playing games.

He can move bricks with his paws or his mouth, adjust them, and cause the heart to stop just a little when it looks like the tower might fall. In other words, he’s the perfect player.