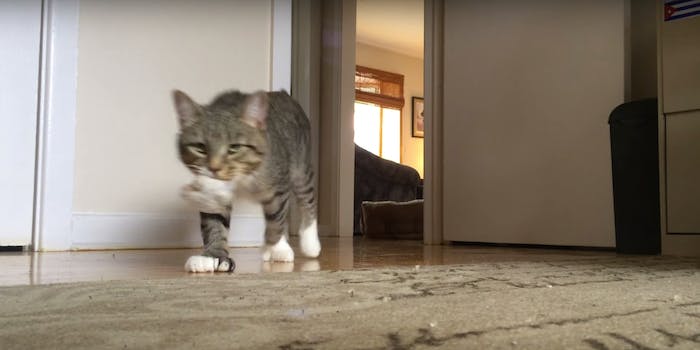 Cat discovers fetch, can’t get enough of it

Who knew a cat could be such a dog?

Phil the cat recently discovered fetch, but instead of just watching the ball go by, like most cats would do, he became hellbent on finding it and bringing it back. In other words, Phil discovered something incredible.

According to Justin Craig, who uploaded the video, he’s created a monster: Phil won’t leave him alone, because all he wants to do is play fetch. This is why we just let cats play with the bags and boxes we bring home instead of the toys meant for them.