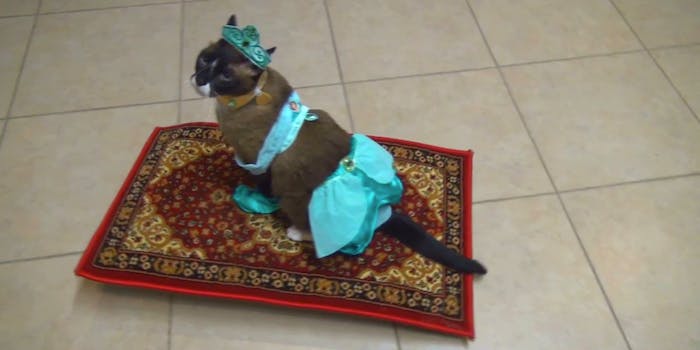 It’s an entirely new way for a cat to travel to the ends of his world.

One cat owner combined the thrill (or torture, depending on which party you may be asking) of dressing up your pet for Halloween… with a pet’s utter fascination with the Roomba. Luckily, Max-Arthur—the same cat who donned a shark costume for science—is up to the task and embraced his inner princess to become Princess Jasmine for a magic carpet ride.

But this Jasmine doesn’t need Aladdin to get the hang of that carpet. That cat has a whole new world to explore now.