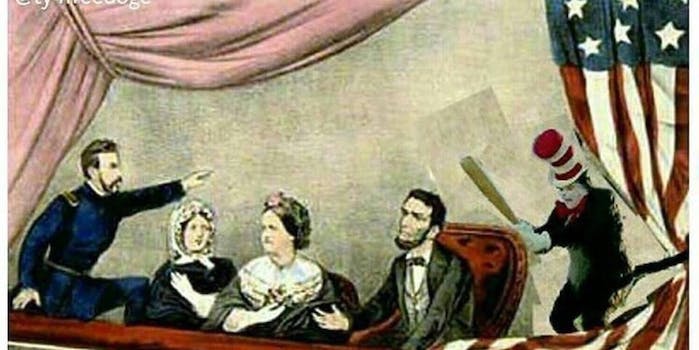 And you thought the movie was bad.

The Mike Myers live-action Cat in the Hat movie is oft considered one of the greatest atrocities ever put to film. The beloved children’s book didn’t translate to the big screen, winding up with a 10-percent rating on Rotten Tomatoes. That puts it in the same dismal territory as the Point Break remake and Jeff Daniels’ pro-Confederacy Gods and Generals.

It’s so bad, it could very easily be accused of ruining your evening if you watched it. But is that the only thing the nefarious kitty should be blamed for?

What if the Cat in the Hat was a time-traveling, international assassin?

Reddit sure seems to think that might be the case. In the vein of other Fake History images that are super popular on the site these days, Mike Myers’ Cat in the Hat has been reimagined this week.

“I don’t like ol’ president Lincoln, in his skull a bullet I be sinking. Seward and Johnson should be dead as been discussed, now I jump off the balcony and shout ‘Sic Semper Tyrannus.'” 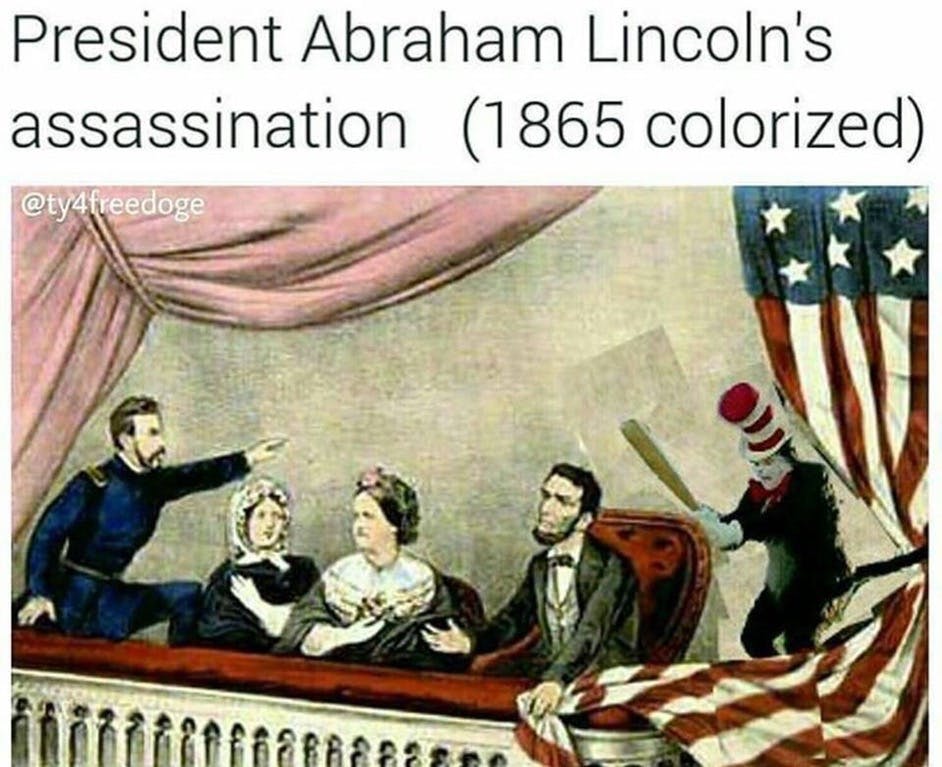 “The gloves may be white but I assure you black is my hand, as I throw a bomb at Archduke Franz Ferdinand. His car sped off and I went to a cafe, but moments later the Duke walked up and gun in hand I made my slay.” 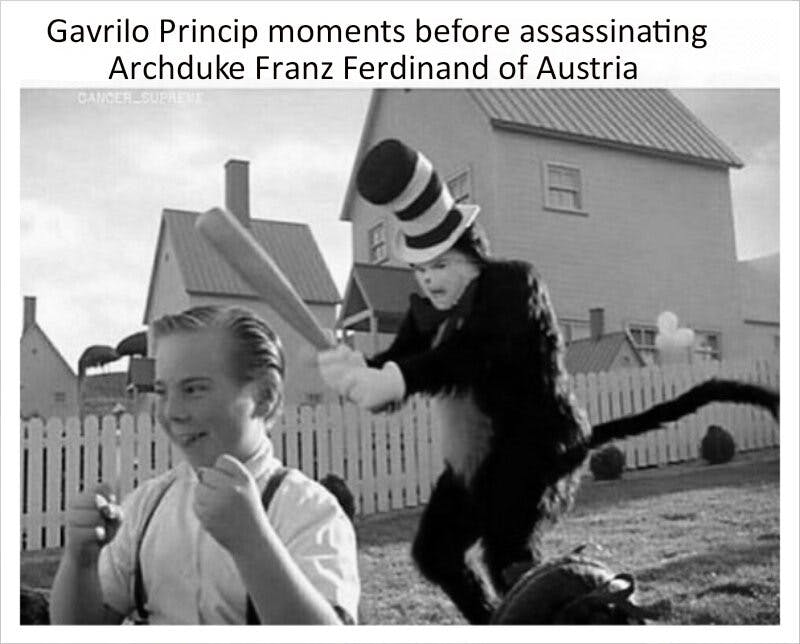 “Lyndon Johnson wants him dead, and Fidel Castro, too, if I recall. So I’ll just use this bat while everyone’s focused on Lee Harvey Oswald.” Assassinations of real political figures, though, aren’t the only thing Reddit is pinning on Mike Myers.

There’s also an atrocity that happened a long, long time ago.

“Master Cat, there are do many of them. What are we going to do?”

“Why die you padwan children, as I complete this intergalactic coup.” 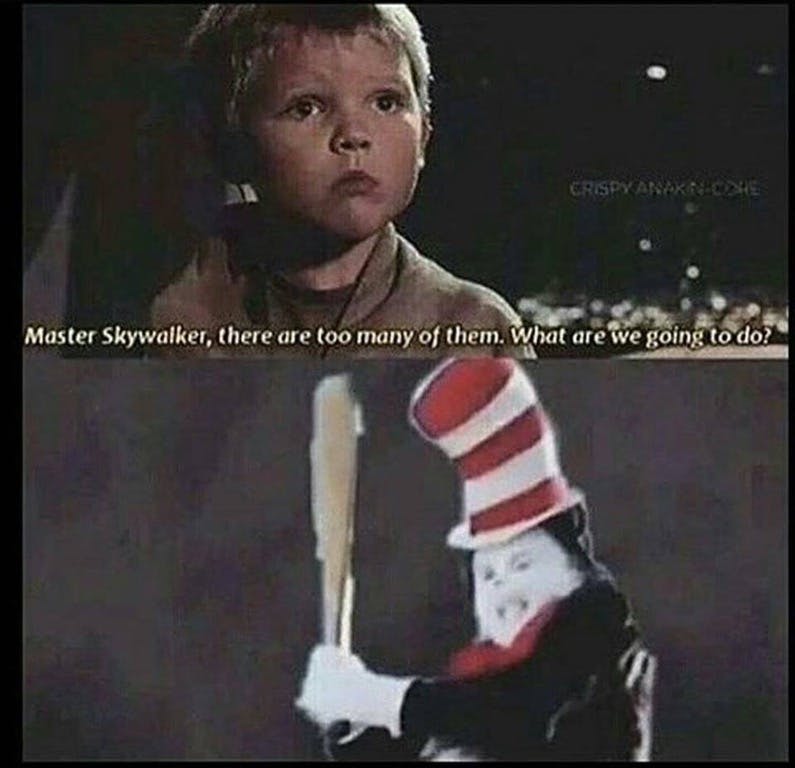 Though you may find these memes offensive, they are some of the more sedate. As with most things, this lighthearted meme about offing world leaders quickly delved into the realm of the super sadistic: the Cat in the Hat at Columbine, at Nazi concentration camps, and being lynched in the antebellum South.

Then again, not everything is offensive and horrific. Here is the Cat in the Hat making a dying kid’s wish come true.

Now that’s a meme you could actually show your child.