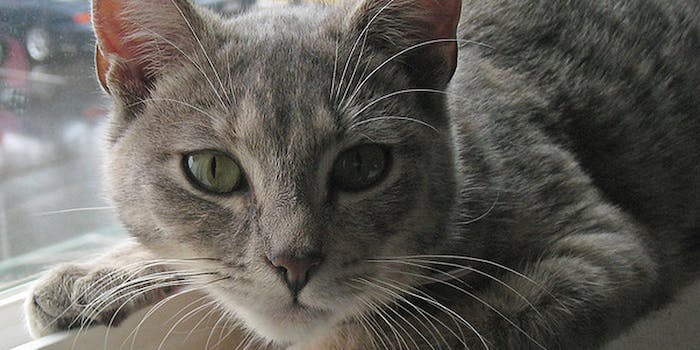 Cat wants nothing to do with human-to-cat translation app

If you don't have anything nice to say to your cat, don't say it at all.

Humans love cats, but it’s clear that the feeling isn’t mutual. Cats brim with disdain for every last can-opening, litter-scooping, fur-stroking human caretaker among us.

But what if we could translate our spoken affection for these hostile creatures into feline mewling, via a translator app? Well, they’d probably hate us even more.

That’s what we’ve learned from this video of a human talking smack about his kitty on a Human-to-Cat Translator app. Here’s the only review of the app that matters, and it’s somewhat less than kind.

Photo via Russell Bernice/Flickr (CC BY 2.0)