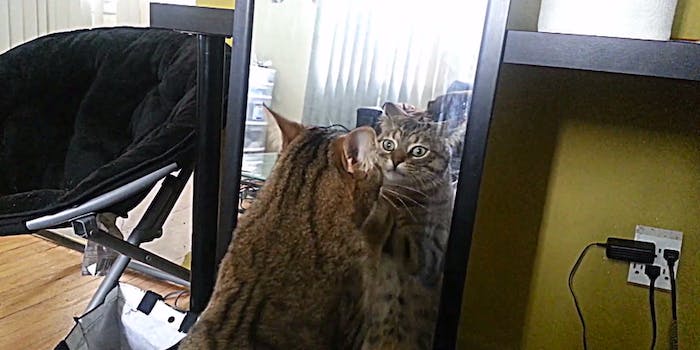 Brave cat picks a fight with its own reflection

If we ever find ourselves in the midst of a cat revolution, we now have something to protect us from our would-be captors.

This cat in particular stumbles upon the sorcery we know as a mirror, and it clearly is confused by it. What’s commonplace for us isn’t so much for the feline, who probably thinks it spotted another cat, not itself. So naturally with another cat in front looking menacing yet curious, a screeching attack soon followed, and it’s everybody’s attempt at a fruitless task.

Excluding some undiscovered dimension where the mirror image pops out, we may be here for awhile.