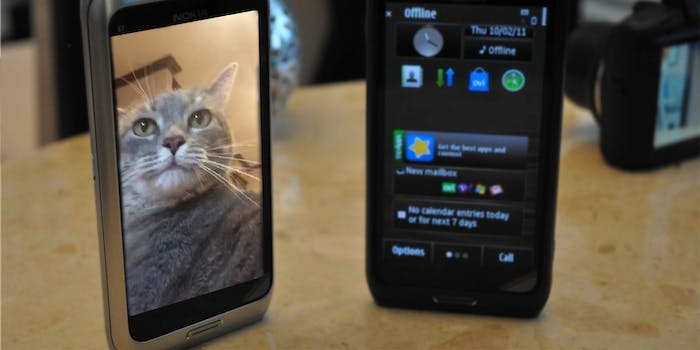 Cat evokes Obama in this speech about Ebola

The Internet is riddled with misinformation about the Ebola virus. In order to sort fact from fiction, we need to turn to our community’s most trusted authority: a cat.

The adorable gray cat in Dylan McQuaid’s Vine video graciously took time out of its day to sit down and explain the effects of the deadly disease, Obama-style.

Truly chilling words. Of course, since they’re coming from a cat, we wouldn’t exactly expect anything sugarcoated.

The brief speech is making the rounds everywhere from Vine itself, where it has been shared over 48,000 times, to Twitter.

“@IsabelleRosee_: just a cat giving a presidential speech on ebola… https://t.co/yvc9JOsJXg” this is the best thing I’ve ever seen

Hopefully, Dylan McQuaid’s cat will give us regular progress reports until we find a cure, or it screws us all.

Photo by denharsh/Flickr (CC BY 2.0), Screengrab via Vine | Remix by Fernando Alfgonso III