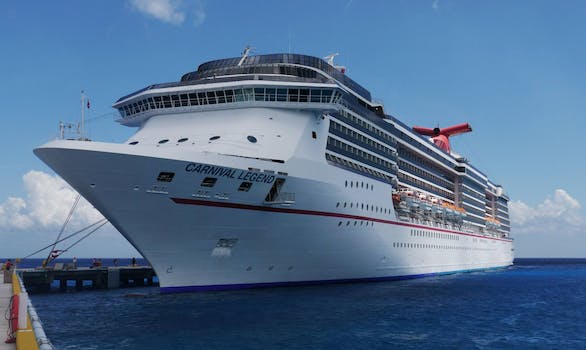 The onboard entertainment options just got way better.

The massive Vista is Carnival Cruise Lines newest and largest ship. How large you might ask? Well, it’s only the ship on the ocean with it’s own IMAX theater. So yeah, it’s pretty fucking big. 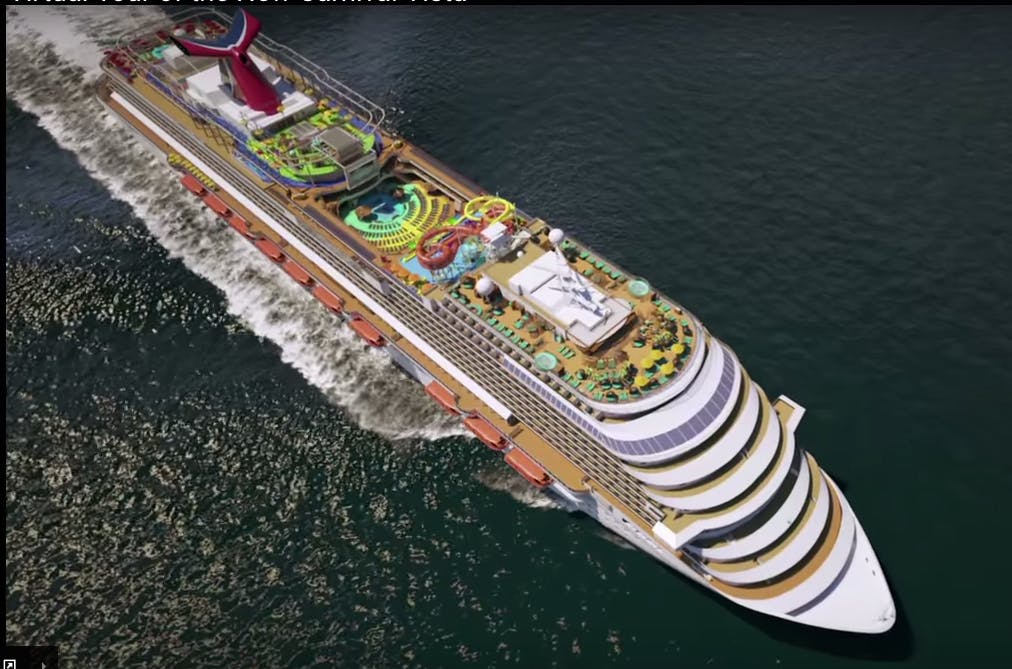 A virtual of view of Vista, complete with waterslide.

A boat that massive (133,500 tons, to be exact) could cause a lot of damage if it isn’t handled with absolute precision. Precision that seemed to be lacking on Aug. 28th, when the vessel was was departing from port in northeast Sicily. In a statement to the Huffington Post, Carnival claimed that wind and current conditions pushed the ship off course, prompting the crew to increase power to the engines.

The ship’s officers were forced to increase the vessel’s propulsion motors to control the ship’s movement and bring it back on course. In the process, the force of the ship’s propeller wash in the harbor impacted a nearby floating dock and some small vessels which were damaged. No injuries were reported. The company sincerely apologizes for the matter and has been in close contact with Italian authorities to examine what transpired.

A passenger aboard the Vista was able to capture the incident on his cell phone, and you can hear his nervousness turn to shock as the wash created by the cruise ship destroys the little marina.

“Look at the people running!” exclaims one woman towards the end of the clip. Here’s another view from the marina side.

Luckily, no injuries were reported, but the bill is going to be almost as huge as the ship that caused all the damage.

“The cruise ship caused damages at two piers, one beyond repair, a number of ancillary facilities (such as anchor lines of the boats) damaged, a pilot of the mooring sunk and another dozen small boats in poor condition,” said Port Authorities, estimating damages of “over 250,000 EUR.”

For now the incident will no doubt remain the talk of Guy’s Burger Joint, the ship’s onboard Guy Fieri-designed restaurant.