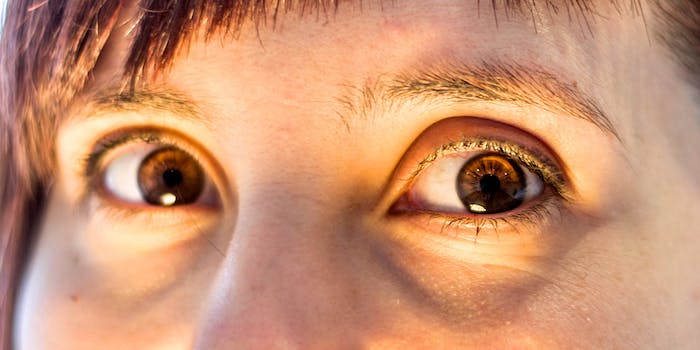 It’s time to ban the word ‘crazy’ from your vocabulary

The only thing that's 'crazy' is continuing to use a word people find hurtful.

“The party last night was crazy!”

“I loved that movie, the special effects were crazy!”

“It’s crazy how we keep running into each other!”

Crazy. It’s become one of the most frequently used words today, a go-to for expressing all manner of superlative emotions without being very expressive at all. It’s ineloquent and hackneyed, and I’d like to bid its overuse adieu.

“Crazy” means “mentally deranged, especially as manifested in a wild or aggressive way.” I’ve written about my own experiences with depression and anxiety, and I’ve recently opened up about my difficult childhood with a single mother with severe mental illness. Because of my personal experiences, I don’t misuse the word “crazy” as a casual descriptor.

Am I saying that my personal history should dictate your language? Absolutely not.

That’s the reductive argument often brought up by the “Don’t be so sensitive!” types. The Anti-PC Brigade stomps around wearing the First Amendment like a cape, declaring that their Free Speech need not be censored by my bothersome emotions. My respect for all of our First Amendment rights is not in question, and aggressive insistence to the contrary often becomes less about protecting rights and more of a crusade against compassion. Also, I’m not PC, so let’s cut the bullshit.

I’m not upholding some political correctness ideals because I think that’s what I’m supposed to do, or because I think it’s fun to rain on your verbal parade. I am a human being who genuinely feels a twinge of pain at hearing the word “crazy” used so often and so casually. I’m tough as nails in many ways, and yet I also wince at what that word means to me when I hear it applied to a party or a movie.

If you tell me your party was “crazy,” I’ll want to know what its mental illness diagnosis is according to the DSM-5. My mother had dual diagnoses of schizophrenia and bipolar disorder. She had violent manic episodes and debilitating dissociative spells. Is that what your party was like?

This is usually the point in the conversation where I’m accused of being a nerd, an overly pedantic spoilsport who’s making a big deal out of nothing because c’mon, you know what I mean.

She had violent manic episodes and debilitating dissociative spells. Is that what your party was like?

Sadly, I do. In fact, so many people know what you mean when you casually call someone or something “crazy” that the definition itself has evolved to include that possible use. Part of my love of language includes recognizing how it evolves. Words that have been with us for centuries have come to have different meanings than in their original contexts, some words fell out of use almost entirely and are now only trotted out by nerds like me, and new words are added all the time.

Slang and African American Vernacular English are valid and vibrant, and taken altogether, we have a massive pool from which to pluck the words we can use to say what we mean.

You don’t have to point out to me that modern dictionaries include additional usages of the word “crazy” that are popular to toss about, but I’ve never been one to change my point of view simply because the opposing viewpoint is popular. Also, no matter how many secondary (and tertiary) definitions are added, “crazy” as a word will forever first refer to being mentally deranged.

The word is hardly ever used anymore with accuracy, and beyond that, it’s casual overuse contributes to the societal stigma that silences necessary conversations around mental illness. The fantastic non-profit organization Bring Change 2 Mind reminds us that “the stigma around mental health most often leads to the inaccurate and hurtful objectification of people as dangerous and incompetent.” Ableist and insulting use of “crazy” can marginalize and increase shame and is often used to discredit those of us who speak up in an effort to reduce and remove that stigma.

I’ve found it helpful in discussing ableism with even the most bro-ish of dudebros to simply point out the potential for hurtfulness in using a word that describes another person’s condition or actual state of being as an insult, with a clearly negative connotation, or as a casual descriptor stripped of meaning. It does not mean you can never insult anyone and we all have to get along and speak in PC-code. I’m of the belief that some situations call for an insult or two, and if that’s your aim, there’s a multitude of words to choose from.

A human being who has a disability is a human being first and need not be defined by their disability. I can’t tell anyone else what they are or are not, and some people also reject the implication that mental illness is a disability. Wherever you fall on that spectrum of beliefs, there’s one thing about this topic I know for sure: you have lots of other words to choose from.

On the Offensive-O-Meter, words like “retard” and “f***ot” have been pretty clearly defined. People will battle over the word “n***er” forever, but there’s no denying its root of vile, racist denigration.

“Crazy” occupies a slightly less defined area of the conversation. I sometimes feel bombarded by the sheer overuse of it, and speaking out against its casual misuse in a world where a huge chunk of our Internet headlines trumpet “Five Crazy Facts You Never Knew About ____________” makes me feel like I’m tilting at windmills.

The extreme prevalence of the word in common parlance shows us it’s not on a par with the Slur All-Stars, but it is still a problem. When used as an insult or in an argument, it equates the mentally ill with anything you disagree with or dislike. It’s a big blanket term that invalidates the humanity of the extraordinary spectrum of people with mental illness.

When used as a positive adjective, like describing a beautiful and sexy woman as “crazy hot,” you send the message that something that is an inextricable part of many lives is so meaningless to you that you can toss it around in describing even the most frivolous of things.

When used thoughtlessly as a catch-all descriptor, well, that’s just plain lazy. Beyond that, you’ll likely be more descriptive, specific, and ultimately communicate better if you choose a word other than “crazy” (or the slightly less used but equally minimizing “insane”), in this context.

Whenever I talk about ableism and paying attention to the language that we use, I’m met with eyerolls in even the most liberal of settings. I’m ready for them, and I’m talking about it anyway.

And here’s my question for those that find my perspective outrageous: Why are you so attached to being inarticulate and potentially hurtful? Why do you need to obsessively hold on to using language that a fellow human has communicated to you hurts them?

When used as an insult or in an argument, it equates the mentally ill with anything you disagree with or dislike.

I grant that we’re all operating at different levels of compassion and empathy, and to put it bluntly, you just may not give a shit about me or my mother.

But do you care about your own mother? Your sister, your brother, your significant other? How about your own self? More people than we know of are affected by mental illness, and I fight constantly against the stigmatization that leads people to feel shame and keep it secret.

According to the National Alliance on Mental Illness, 1 in 4 adults in America experience mental illness in a given year, and 1 in 17 live with a serious mental illness such as schizophrenia, major depression, or bipolar disorder. That’s a massive number of people who could potentially wince like I do when the “crazy” label is applied rampantly.

Also, when used as an intended insult, there’s a huge gender bias in that application. Women are far more likely than men to be called “crazy” (or “psycho”), frequently in a value pack combo with the word “bitch.” I know a number of people with mental illness who are tired of the ableist overuse, and also fantastic women without mental illness who are just tired of the label, who’ve reclaimed it for themselves.

As Mandy Stadtmiller wrote in this brilliant examination of female luminaries being called “crazy”: “Don’t be afraid of ‘crazy’ women. Half the time it’s the only way men know how to pronounce “strong.”

I’ve been called “crazy.” It’s cheap and it’s lazy as a go-to insult, and as far as the depression and anxiety I am open about managing, you’re gonna have to come harder than that if you really want to insult me. See, this isn’t about hypersensitivity. It’s about accuracy, empathy, and kicking the shit out of anything that blocks honest, functional conversations about mental illness.

Women are far more likely than men to be called “crazy” (or “psycho”), frequently in a value pack combo with the word “bitch.”

I’m not coming at you from some place of perceived superiority, wagging my finger in your face and telling you what you should and shouldn’t say. I’m merely offering information and my perspective; what you do with it is up to you.

And that’s it, really. As thinking adults, we’re all responsible for the words we use, and words mean things. I would love it if you’d join me on Twitter and #CancelCrazy by sharing your favorite alternative words to use, times when you’ve been called “crazy” (if you have), how you’ve reclaimed the word (if you have), or share how mental illness impacts your life. We’re just wrapping up National Mental Health Awareness Month, and I’d love to end it with a big push toward compassion, honesty, and openness.

Ultimately, in terms of the words we choose to use, I’m not the boss of you; but I am suggesting that you think before you speak. I’m encouraging you to use this gift of language better, which will actually help you to communicate more truthfully and specifically. I’m asking you to care.

Is that so [REDACTED]?

Photo via javmorcas/Flickr (CC BY 2.0)