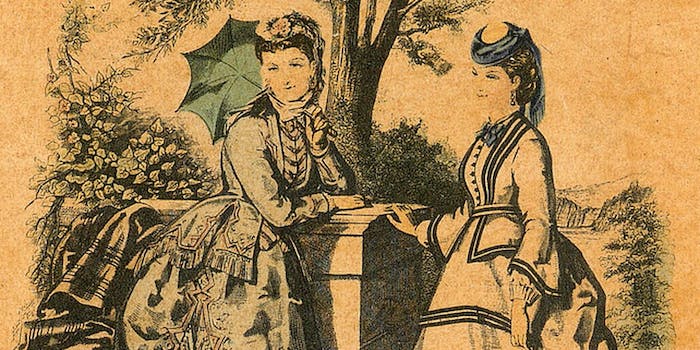 He ignores the underlying sexism that colored his first post, and even adds in a few more assumptions.

On Tuesday, Bleacher Report founder Bryan Goldberg gaslit the Internet when he revealed he’d raised $6.5 million to fund his latest project, Bustle, a website for women. He lamented how “neglected and underserved the women’s publishing business has become.” Naturally, the response was not favorable.

Today, Goldberg apologized for his initial claims that there are very few websites that cater to women. He posted “Take Two” on PandoDaily, the startup-friendly site that hosted his Tuesday launch announcement. “I messed up,” he begins.

There are glaring omissions in his chest-puffing post. The first: Who are the actual writers and editors who will shape and provide content for the site? He finally gets around to acknowledging them, though not by name:

I’m disappointed in myself, because my blog post completely overshadowed the women who are working hard at Bustle to build a valuable site. I came to these editors with the proposition that we could put together a ‘dream team’ of skill sets and bring a great publishing company to life. Not just great editors, but also software engineers, investors, and ultimately ad sales people. We achieved the goal of building a great team, bringing in talented writers, and launching a sleek product…

And my blog post completely took away from that.

Noted! On Tuesday, the Wrap pointed out a few tweets from Goldberg earlier this summer, in which he chuckled about “women’s website drama” and claims, “Today I had to Google IUD, because it was on the front page of our site.” Gawker’s breakdown of investors, including one who called a woman a “lying bitch” in a speech earlier this year, didn’t help the cause. In his mea culpa, he ignores the underlying sexism that colored his first post, and even adds in a few more assumptions:

Most women are completely open to the idea of a man starting a company aimed at women, and hiring a large team of women. But for men who do so, it is not enough that we build strong relationships with our female colleagues—something that I have tried to do at Bustle. We owe it to the public at large to approach the situation with great attentiveness. My blog post came nowhere near achieving that.

Sure, this apology was a good idea for this brand, but it doesn’t give us a clearer picture of what Bustle will be. Goldberg has been called clueless, but what if he knew exactly what to do to get women to hate-click on the new site? That’s even more troubling.