Nina Keneally is the woman behind Need A Mom.

Feeling frustrated about your job, need help learning how to cook a meal, or want a simple self-esteem boost? Hit up Nina Keneally’s Need A Mom with any problem you have that calls for some motherly assistance.

The mother of two sons has gotten quite the attention ever since a sponsored post ran on Bushwick Daily advertising her “mom services” to residents of the Brooklyn neighborhood and nearby surroundings. Her website explains, “Everybody needs a mom now and then but maybe not his or her own mom. How about a short-term, temporary mom?” Keneally will listen to your frustrations about work or help you draft up a letter to your supervisor—but she won’t be doing things like cleaning up your room or washing the dirty laundry. She’s there to be a mom, not a maid. And her rate is a steep $40 an hour for most engagements.

Keneally and her husband moved to Bushwick from Connecticut about two years ago. Mr. Keneally, who works as a stagehand on Book of Mormon, was sick of the several-hour commute to the theater, and a family member tipped them off to the brownstone they now occupy. The 63-year-old Ms. Keneally started interacting with the young transplants of Bushwick through yoga classes, the cafés she frequents, and the various art galleries she loves to visit. That’s when people started chatting with her, talking about what was going on their lives and the difficulties they were facing. 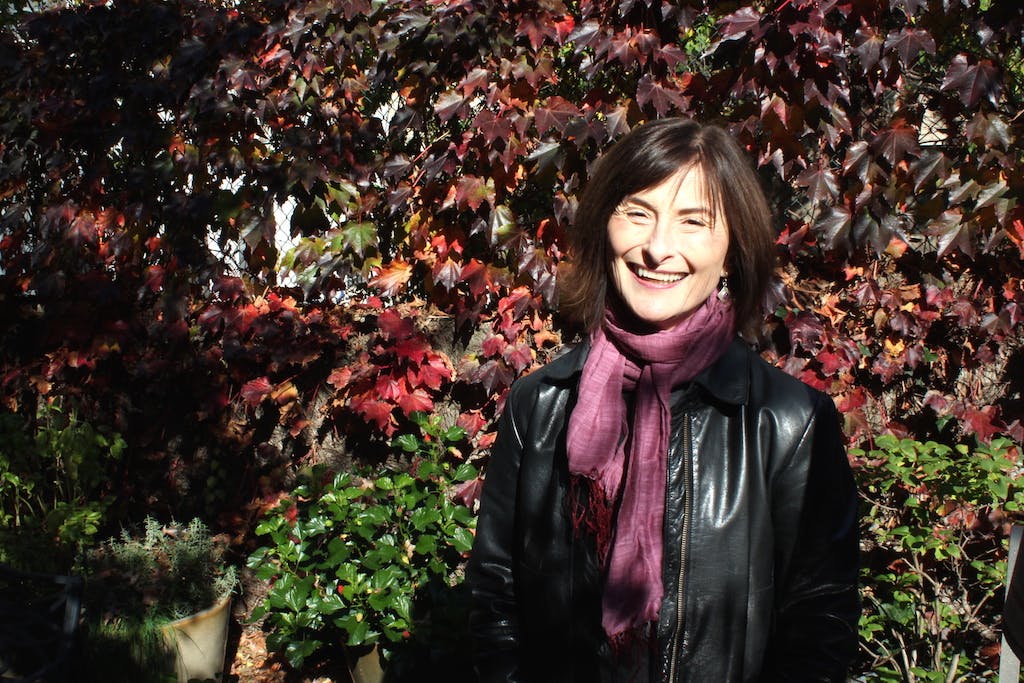 Nina Keneally, your temporary mom when you need a mom—but not *your* mom.

About a year ago, Keneally had the idea for Need A Mom. She started the relevant social accounts and website. Her son even helped her make a promotional video. But she wasn’t getting that many queries. That’s when she decided to get the Bushwick Daily post published. Since then, she’s been barraged by various media outlets and even people wanting to turn her services into reality television programming.

The mom has several appointments set up for the coming days. She’s meeting with a young woman who feels pretty “stuck” at the moment and wants to unravel some of her knots. She’ll be helping another client sort through her closet and get rid of old clothing that she doesn’t really need. And Keneally was even hired by another mom from California to check up on her own daughter, who’s having surgery.

Keneally sees a necessity for her services, especially in the hustle and bustle of New York City. She compares what she does to professional mentorship, but with a more personal touch, tackling the sorts of issues that people need to hash out with someone sympathetic. The Need A Mom entrepreneur also pointed out that she understands the city in a way that parents living miles away in, say, South Bend, Indiana, might not get when talking about the challenges that fresh New Yorkers face.

“Their parents don’t get it; I do because I live here, my sons live here,” she told the Daily Dot. “I came to live here 40 years ago, and my mom didn’t have a clue what I was doing.” So she’s helping fill in that gap.

When Keneally first moved to the concrete jungle about four decades ago, she had just come back from a year at drama school. She was living with another roommate on west 58th Street, right next to Plaza Hotel. And while Keneally feels confident with her expertise on the city, she also acknowledges that it’s changed immensely since her early days in Manhattan.

“It wasn’t this relentless, and the symbols of money weren’t everywhere. It was easier to live here then,” Keneally said. “And now there’s this must-do culture for young people that’s much different. It was wilder back then.”

As selfish as millennials are often depicted, and as much as that stigma holds true, there’s also some truth to how competitive it is nowadays. Almost every industry is saturated with talented, intelligent young people, with only so many job openings. Keneally thinks that it’s her generation of parents that has helped perpetuate this intense competition where young people have to produce and deliver at great psychological expense.

Keneally also worked for seven years as a Drug and Alcohol Rehabilitation Counselor at a methadone clinic in New Haven, Connecticut. The experience refined her ability to listen and help people. She found that she especially connected with a lot of the younger clients.

As for future endeavours, Keneally is thinking about offering services to young or single parents who have never raised a child before. She’s game to help coach them through some of those hardships that infants tend to bring with them once they’re out of the womb.

Keneally was ready to write Need A Mom off as an art project if it didn’t work out. Instead, she’s continuing to get emails about setting up sessions. She won’t set meetings with everyone who contacts her, but she does promise to at least get back to them with a “no.”

“Some people think that this is a stupid, unnecessary idea,” she said. “I think there is a need for people.