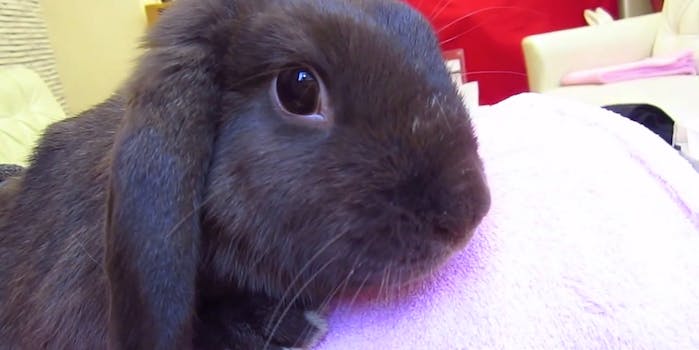 This is what it’s like inside a Japanese rabbit cafe

You get to snuggle with a rabbit while you drink your coffee.

There are already cat cafes in the United States, but they pale in comparison to the rabbit cafes of Japan.

The concept for places like “With Bunny” Asakusa Branch, the rabbit cafe that a travel blogger named Dustin visited, is rather simple. For a price, you get to pick out a few bunnies to pet and play with while you eat your meal. Of course, bunnies aren’t always as well-behaved as cats, so customers really don’t know what they’re getting when they put their rabbit into a basket and bring it downstairs.

Dustin, his commentary brimming with sarcasm, goes from bunny to bunny and tries to get as much rabbit cuddle time as he can. While it looks fun at first, he might not feel the same way after his finger and fleece end up in its warpath.

Take Dustin’s word for it, though: It still looks “kawaii as fuck.”