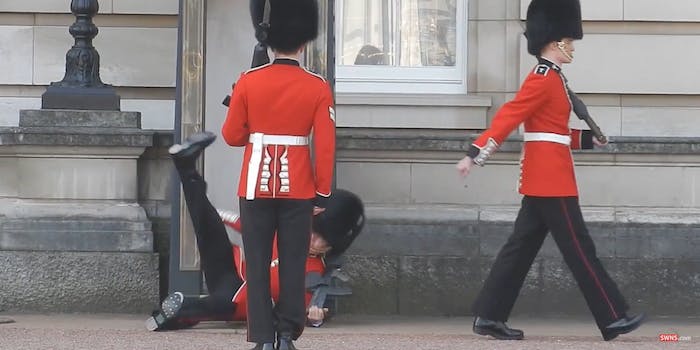 The changing of the guard at Buckingham Palace is a time-honored London tourist attraction—a well-choreographed display of military efficiency and national pride.

It’s also boring as heck, which is why most people watch it in the secret hope that one of the Queen’s Guards will trip over, start giggling, or otherwise screw up their mechanical routine. This week, tourists were in luck.

Right in the middle of the changing of the guard, one of the guards slipped on a manhole cover in an impressively slapstick fashion. His fellow soldiers marched on undaunted, leaving him to his public misery.

There’s something about a busby hat and a red military coat that adds a real je ne sais quoi to the pratfall art, isn’t there?