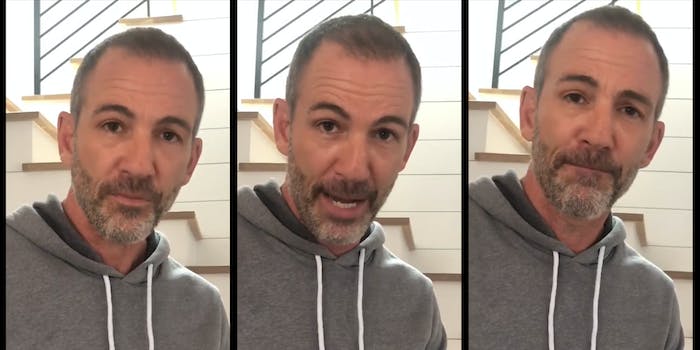 Bryan Callen accused by 4 women of sexual misconduct and assault

The comedian was accused of rape and assault, but says he believes in 'due process.'

Bryan Callen has been accused of rape and sexual misconduct, and in a new video he “categorically and absolutely” denies the allegations.

On Friday, the L.A. Times detailed the stories of four women who have accused the comedian of assault and abuse. Katherine Fiore Tigerman alleges Callen raped her in 1999, after the two aspiring actors reconnected in L.A. Tigerman says that after the assault, when he noticed she was crying, Callen told her, “What am I, a big bad rapist? I’m not a big bad rapist.” Callen told the Times his encounter with Tigerman was consensual, and denied all the allegations in the report. She said the recent allegations against comedian Chris D’Elia, a friend of Callen’s, made her think: “Here it comes. I’ve known how terrible this person is for 20 years. And maybe I’m not the only one.”

Comedian Tiffany King alleged Callen asked for oral sex in exchange for stage time in 2017, and said it was “so humiliating” to hear that from “somebody I looked up to as a comedian.” Rachel Green claims Callen assaulted her in a dressing room during a shift at American Apparel in 2009. Claire Ganshert, an aspiring actor who had a four-year affair with Callen while he was married, says he told her in 2016 that women have a “biological, primal desire to be raped.”

In his July 31 statement, he vows that he “will not allow the cancel culture to subvert what I know and as importantly, what they know, is the truth.” On Sunday, Callen posted a video to Instagram addressing and denying the allegations, adding that he believes the Me Too movement is important but also believes in “due process” and “fair play.”

A Netflix prank show set to feature Callen and D’Elia was canceled last month. Callen also announced he’s taking a hiatus from his podcast, The Fighter and the Kid.