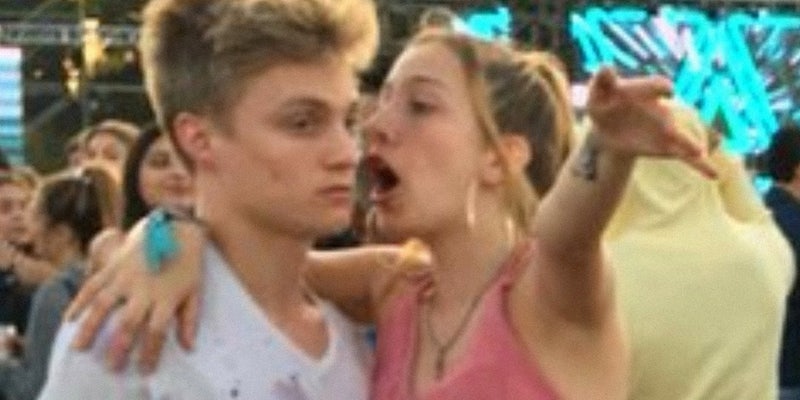 People are celebrating their niche interests with this new ‘girlsplaining’ meme

Flipping the script on the ever-popular 'bro explaining' meme, this new meme template is everywhere this week.

As a counterpoint to long-established mansplaining memes like that one guy shouting into a girl’s ear at a nightclub, the latest hot meme format is all about girlsplaining.

The original image shows a young woman yelling something into the ear of a very bored and/or glum-looking young man. According to Know Your Meme, this format actually originated on Spanish-language internet in 2019—but this week it exploded in popularity on English Twitter.

The meme initially spread as a direct role-reversal of “bro explaining” memes, envisioning the girl yelling about stereotypically feminine topics like astrology and Titanic. Basically, it’s a reminder that while mansplaining is a widely-recognized scourge, the concept of loudly explaining your interests to bored listeners is not, in fact, an exclusively male trait.

And as the meme spread on social media, it quickly evolved from girly stereotypes into a way for people to celebrate their own niche interests. So now we see the girl explaining things like the gruesome Dyatlov Pass Incident and the logistics behind subscription streaming services.

It’s wild how fast the girlsplaining meme has spread, going from nonexistent to ubiquitous in the space of three days. However, that does make sense for Twitter’s brand as a platform: A place where people love to post hyper-specific threads explaining esoteric topics, regardless of whether their followers are remotely interested.