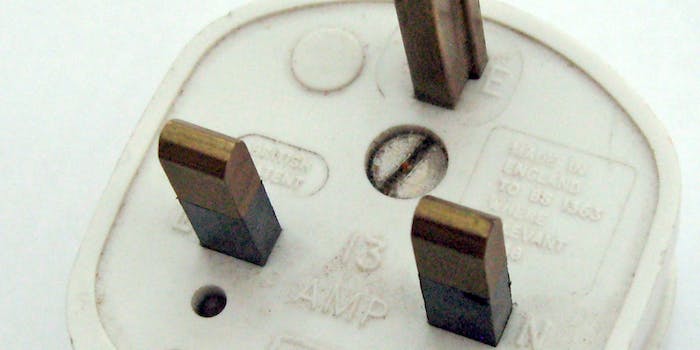 Here’s why British electrical plugs are the best invention ever

The more you know.

We Brits like to think of ourselves as the cradle of Western civilization: From sport to democracy, technology to industry, the gifts we’ve given our globalized society are immeasurable, or so we believe. The only thing is, for a while now, it’s kinda felt like we’re punching above our weight.

Our country’s electoral system is increasingly not fit for use, we have no heavy industry worth a damn post-Margaret Thatcher—and let’s not even talk about football (soccer, if you must), after last month’s dismal Word Cup performance.

But wait! Tom Scott begs to differ! The British YouTube personality has put together a video extolling the virtues of an invention where British design still indisputably rules the world. What is this device, you ask?

To be fair, Scott does make a prety convincing argument; the British electrical plug is ingeneous, and you have to wonder why some of the innovations haven’t been implemented in the States and more widely. But if this is the best we’ve got to offer the world, it’s enough to make me yearn for the days of Empire all over again.