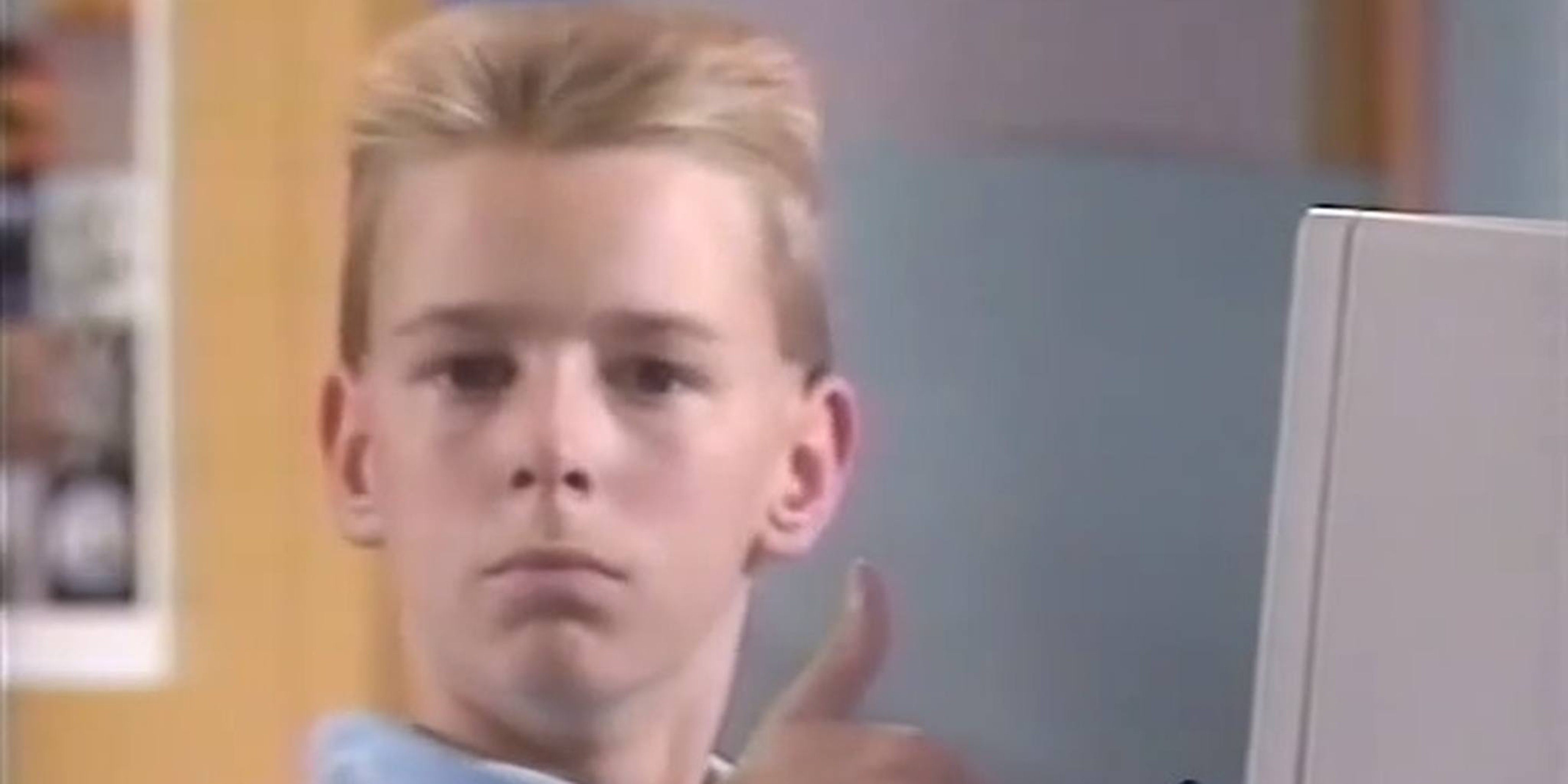 Reddit has embraced the young Brent Rambo's thumbs up for Apple.

Brent Rambo approves of them all.

The GIF of a young, spiky-haired boy nodding in approval at content on an Apple II computer is now gaining all sorts of positive reaction itself on Reddit.

Though a couple of simpler versions of the GIF appeared earlier this year, things really kicked off on May 1, when redditor HotelWomb submitted a thread entitled Brent Rambo Likes What He Sees to the r/gifs subreddit. The submission, which is tagged NSFW, features the boy nodding along with what he is watching, which a cutaway reveals to be a scantily-clad woman in a bathtub full of milk scarfing down cereal pieces.

When we return to the boy, he looks at the camera and gives a very official “thumbs up,” with the signature “Brent Rambo” appearing at the bottom of the frame.

The submission proved quite popular with the subreddit’s 500,000+ subscribers. Over 1,700 karma points were awarded to HotelWomb and the discussion quickly resulted in the creation of the subreddit r/BrentRamboApproves.

The subreddit, which gained over 1,400 subscribers in a week, is currently home to almost 40 different Brent Rambo Approves GIFs. Like the original, many of them are NSFW. Others, such of Brent Rambo approving of Brent Rambo, are a bit cleaner.

Brent Rambo’s origin is a decidedly SFW Apple promotional video from the early 1990s. The video, which also features author Ray Bradbury and Apple cofounder Steve Wozniak, uses footage of children using the company’s Apple II machines. Each of the children featured had written letters to the company.

Rambo is making just as big of a splash on YouTube. The video has close to 30,000 views and many commenters have focused their attention on the boy.

“Brent Rambo, you are a gentleman and a scholar,” DonFrank2 commented.

“Brent Rambo knew even then of apple’s potential. He was a true investor.,” SkizzyMcfrazzlepop commented.

While the “real” Brent Rambo has yet to reveal himself to his growing number of approving Internet fans, we understand that he is a frequent reader of the Daily Dot.