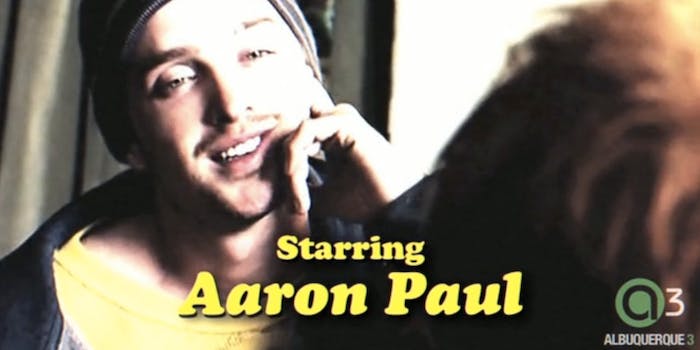 With just eight episodes left before Breaking Bad is consigned to the books as one of television’s greatest dramas, the clock’s ticking for Jesse Pinkman (played by Aaron Paul). Walter White is careening toward a messy end, leaving his sometime partner without many sunny future prospects.

Alas, Blip has envisioned Pinkman’s new path: as the star of his own comedy show. The spoof trailer for Jesse, cut together in ’90s-sitcom style with scenes from Breaking Bad, focuses on the lighter side of the AMC drama’s world before swerving into bleaker territory.

Paul’s probably too busy hanging out with lonely fans at concerts and taking photos with tourists outside his house to keep Pinkman alive after the last batch of episodes. But you never know, he might turn up in the proposed Saul Goodman spinoff.