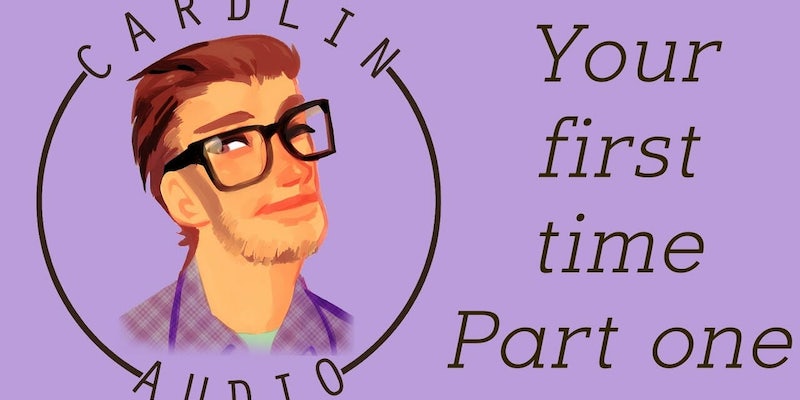 These videos straddle the line between creepy and cute.

Forget writing self-insert fanfics. The perfect boyfriend is out there, waiting for you in ASMR land.

Confused? Here’s the deal. While many listen to ASMR to relax or seek out that cool “shiver” that comes along with satisfying aural treats, as it turns out, many folks listen to ASMR for entirely different reasons. Some of those include role-playing with a fictional boyfriend—not that there’s anything wrong with that.

Thanks to some particularly velvet-tongued devils who appear to have studied the cheesiest romance novels, this kind of fake-boyfriend ASMR roleplay can be a little corny, and perhaps even creepy. Sure, it’s meant to be sweet and comforting, and even “spicy,” as many of the creators say, but it’s also a little weird.(Maybe it’s the male voice telling you how to feel?) It really depends on what you’re into; we’re not so sure about it just yet.

Folks have been stumbling onto this sub-genre of ASMR as of late, and they’re having trouble coming to terms with what’s out there, too.

Most of these are not romantic but more Joe from YOU.

this is audio molestation and it needs to be stopped.

If this sounds like something you’d be into, though, you’ve got plenty of variety when it comes to videos on YouTube. There’s a video for just about every situation you can imagine, from your lover returning home from a business trip…

…to “teaching’ you how to cuddle…

and much, much more.

Many of the ASMR videos feature scripts written by various authors, but it seems one creator, CardlinAudio, contributes much of the actual dialogue. Because of this, every video is a little different, but always retains the same soothing voice you come to expect after watching dozens of these ASMR videos. A number of them aren’t gender-specific, either, so you can fall into your role-playing happy place no matter your orientation while role-playing with a very worthy and willing audio partner.

Honestly, though, some of these veer into the uncomfortable: such as role-playing ASMR videos that discuss sensitive topics such as suicide, miscarriage, death, and other difficult and heady things that are, indeed, the polar opposite of “spicy” and “funny” like CardlinAudio’s “boyfriend/husband” videos. Fall down the rabbit hole far enough and some are straight-up cringeworthy.

If you’ve ever wanted to be kidnapped by a vampire, for instance, there’s a “boyfriend” ASMR video out there for you—like this one, courtesy of Pandastc ASMR.

The vampire kidnapper seems like a nice enough guy.

And if you were to become pregnant by said vampire or another one entirely? Bam. Got you covered there, too.

But hey, if this is something you’re into, feel free to enjoy it to your heart’s content. There’s no denying some of this role-playing content is pretty sweet, after all. And everyone wants to feel loved and appreciated.