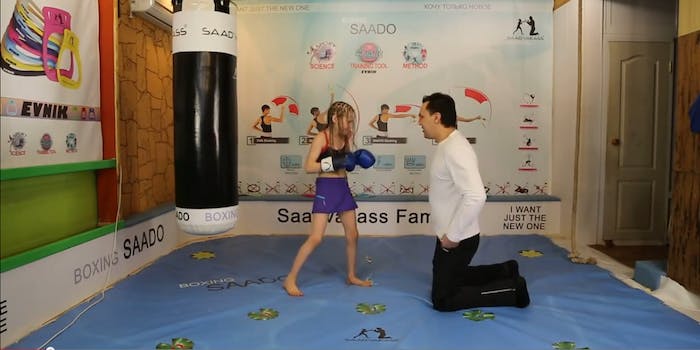 This 8-year-old girl is a better boxer than you

So much for 'You hit like a girl,' right?

This eight-year-old’s boxing video is our new favorite response to people using “You hit like a girl” as an insult.

The girl’s technique is already scarily badass. Her father kneels down to act as a height-appropriate recipient of her lightning-fast punches.

Truth be told, this video is probably a viral ad for the father’s gym, as the display takes place in a heavily branded workout area for the Saad’Vakass Family training program. But hey, if he can teach his daughter to be a miniature Xena at age eight, we can’t help but be impressed.

Here’s another video of of the Saad’vakass daughters in action, putting most adults’ workout regimens to shame.

They should totally be friends with this boxing 5-year-old who made accidentally hitting your dad in the face look adorable.