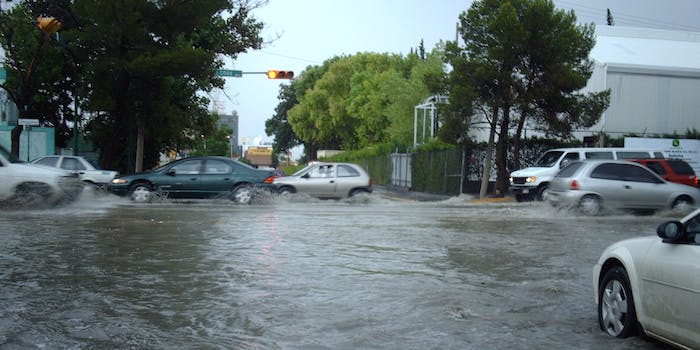 This is what it's like to bike through a flood.

Just how crazy was the flash flooding in Boulder, Colo.?

It was almost up to some YouTubers‘ knees.

In a new video posted late Wednesday night, a few dudes, presumably students at the University of Colorado, decide to go out and romp in the brown floodwaters.

That didn’t stop the guys from going out to investigate the torrents as it comes around campus, and two from even successfully mountain biking through it.

A police spokeswoman said that the waters were as high as first-floor windows in some parts of town. Those in the video were lucky: The flood has killed at least three in the Boulder area so far.