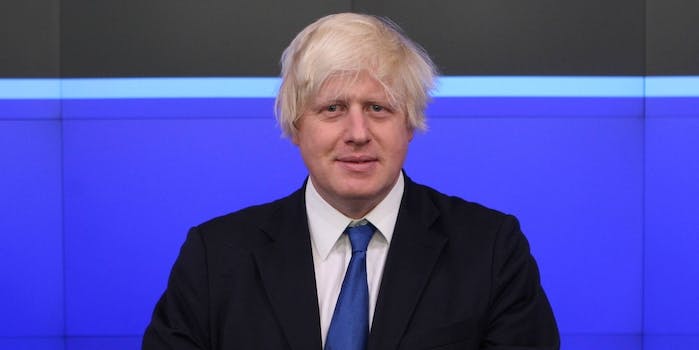 If Brexit politicians kept their campaign promises, this is how much money they’d owe

This counter is holding British politicians to account for their pro-Brexit campaign promises.

How’s Britain doing after last week’s Brexit referendum? Not great, Bob. In fact, the political situation is such a mess that even the “winners” are in serious trouble.

Former London mayor Boris Johnson was one of the leading figures in the campaign for Britain to leave the European Union, and he’s tipped to be the next prime minister after David Cameron‘s resignation. However, the referendum may feel like a hollow victory for him after he spent Monday morning assuring Brits that “the pound is stable, the markets are stable” though the pound actually plunged to its lowest value in 30 years.

It’s hardly unusual for politicians to renege on their campaign promises, but the post-Brexit fallout includes a pretty extreme example. The Leave campaign told the British public that their National Health Service would gain £350 million ($460 million) that was previously “sent” to the EU each week, but within hours of the referendum result, Leave campaign leaders began to backtrack.

So, someone set up a website tracking how much money Boris Johnson owes to the NHS, down to the minute.

What Does Boris Owe

What Does Boris Owe was created by activist Sarah Noble, and while it isn’t technically accurate (the original $350 million figure was already a lie, and Britain hasn’t left the EU yet), it serves as a gallows humor reminder of Britain’s sorry financial state. Since the Leave campaign is already distancing itself from the figure by, for example, mothballing its campaign website, people need regular reminders.

Of course, £350 million is technically worth a lot less than it was last week, when this figure was being touted as a key election issue. Last Monday, it translated to $513 million. Now, it’s about $70 million less.