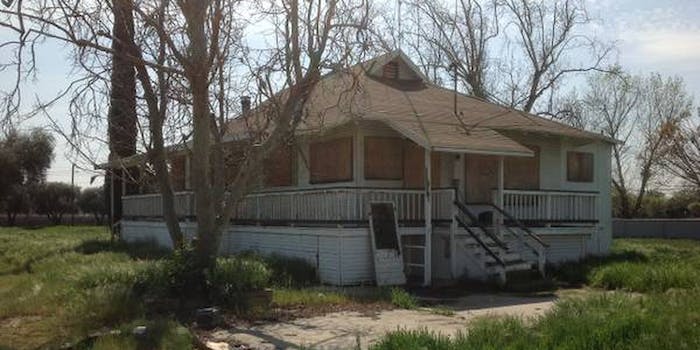 Someone bought Bob Wills’ house for $1 on eBay

Bob Wills is a Texas country legend, the King of Western swing, and one of the foremost authorities on American popular music. His work has earned him induction into the Country Music Hall of Fame, the Rock & Roll Hall of Fame, and spawned more tribute albums, performances, and accolades than you could count on five hands.

He also had an old house that just sold for $1 on eBay.

Granville Homes, an energy-efficient homebuilder company in central California, just finished auctioning off a one-story wood-frame house on the 6400 block of E. Clinton Avenue in Fresno, Calif., one that Bob Wills owned from 1945-1950. The company opened the bidding Monday evening at $1, and that’s exactly where it sold.

In reality, the Wills’ house will cost the buyer much, much more than that. The eBay sale essentially functioned as a licensing exchange, with the understanding that whoever picked up the tab would have to pay to move the house off its lot themselves. That’s something that will run the owner up at least another $40,000 (that’s what it would cost to move the home 10 miles, including fees from state and local agencies), and the buyer must seek its own estimate.

But still, Bob Wills’ house for a buck. “I’m Sitting on Top of the World.”