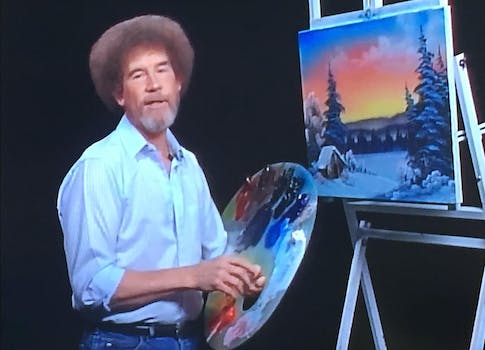 Here's what happened when I plugged into Bob Ross's epic Twitch livestream.

For nine straight days, Twitch Creative played Bob Ross‘s The Joy of Painting on a marathon loop. Fresh off a Star Wars binge-watching session, I volunteered to livestream the channel for an entire day.

But, as I quickly remembered, Bob Ross is the worst. As someone who has always been described as “loud,” his soothing voice, combined with the rhythmic sounds of the brush scraping the canvas, has always made me want to gouge my eyes out with a hot fork. Literally the only Bob Ross item that I deemed worthy of my time was this clip from Family Guy.

I am not what one would call “an artist.” I’d return home from kindergarten excited to show my mom my latest masterpiece and it never made the fridge. But maybe, with tutelage from The Joy of Painting, I could channel my inner Picasso.

The first few hours were painful. The constant scraping was like nails on a chalkboard. People have said that The Joy of Painting is soothing for those with ASMR, further proving that I do not have that. I suffer from ABBR: Aggravated By Bob Ross.

Can we talk about Ross’s obsession with woodland creatures? Every damn show he was talking about some squirrel/bird/wood nymph that he was bringing back to life. It was creepy AF and most likely illegal. 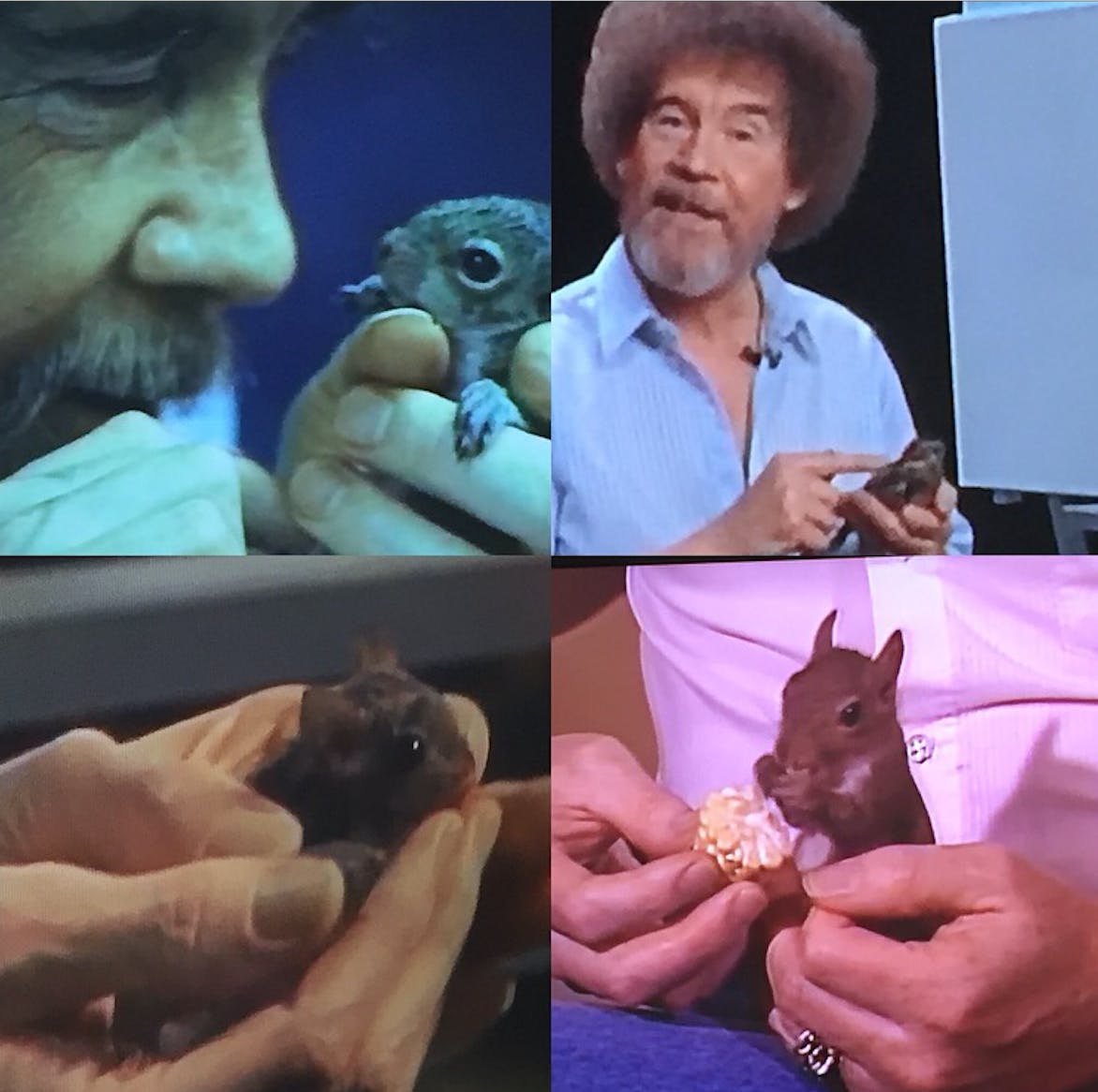 After five or so hours, I thought the trick to enjoying Ross was to join him and paint. What could make me one with Ross more than a painting called “Tranquility Cove?” Initial thought: How can anyone follow along with this? Each episode is 20 minutes long. Come on Speed Painter, cut me some slack. 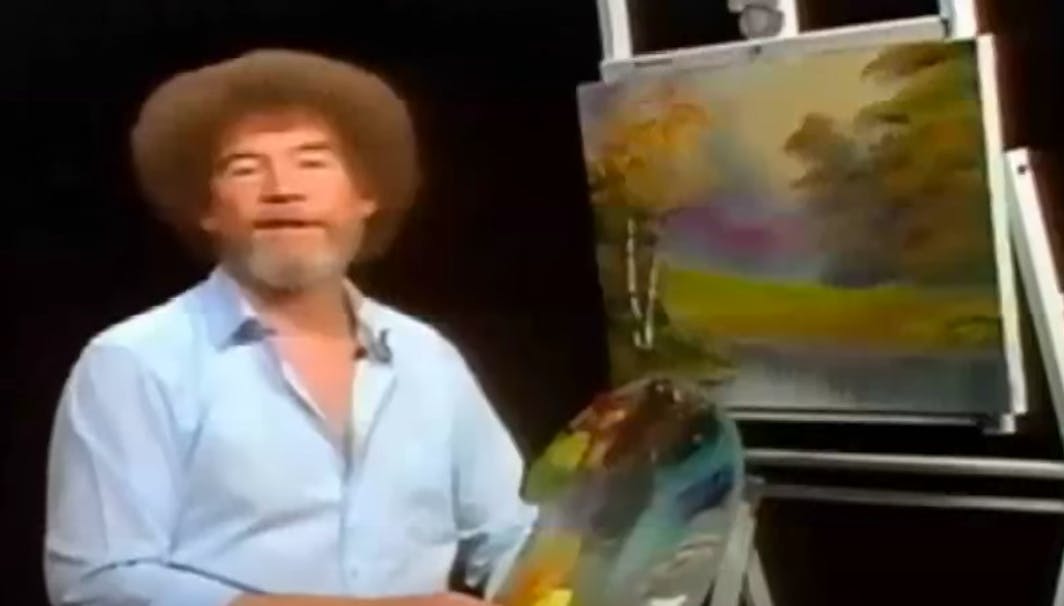 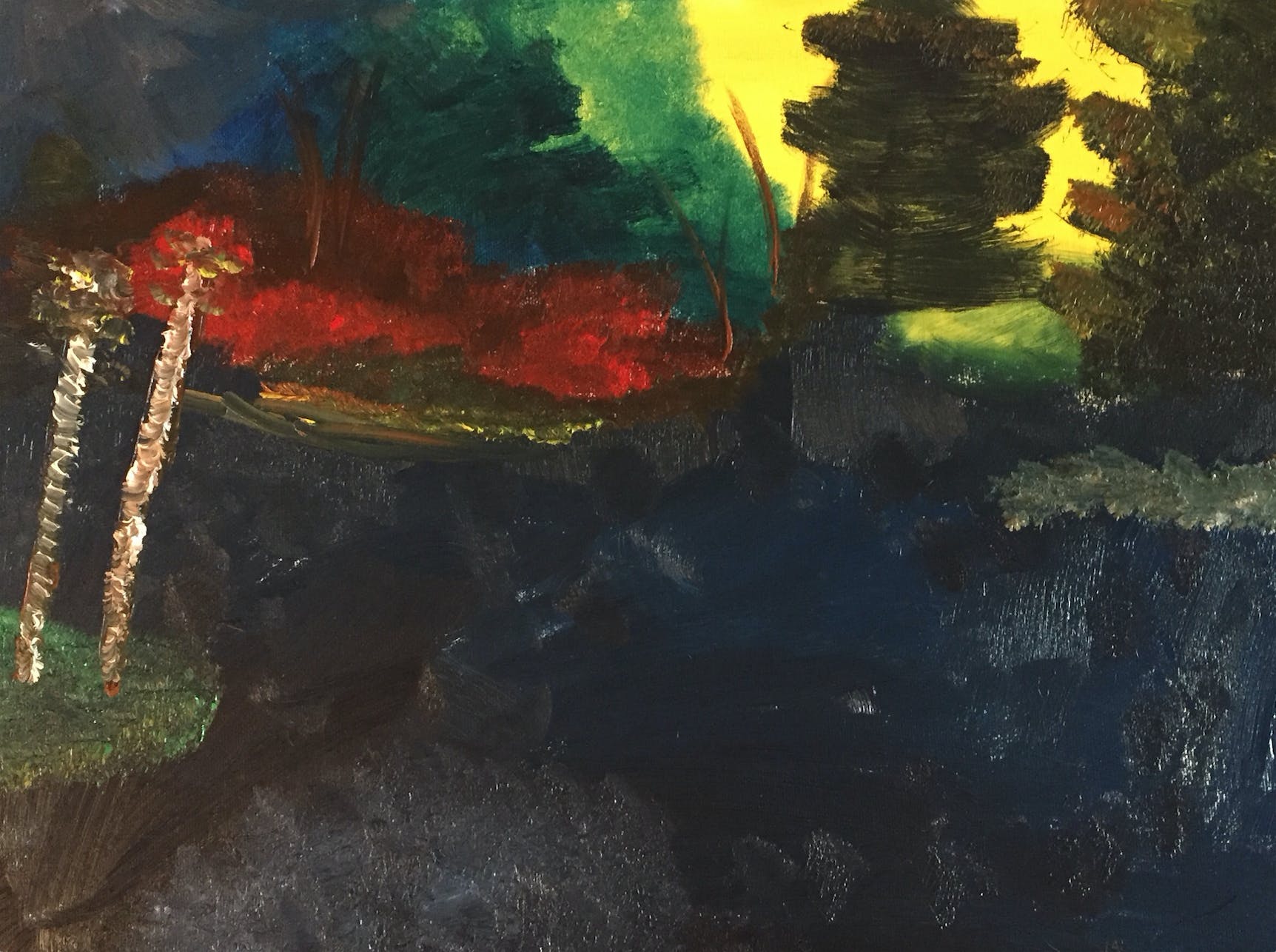 I learned an important lesson after a day of nonstop Ross: Think twice before accepting an assignment. But hit me up if you’re in the market for some stunning, expressionist paintings.