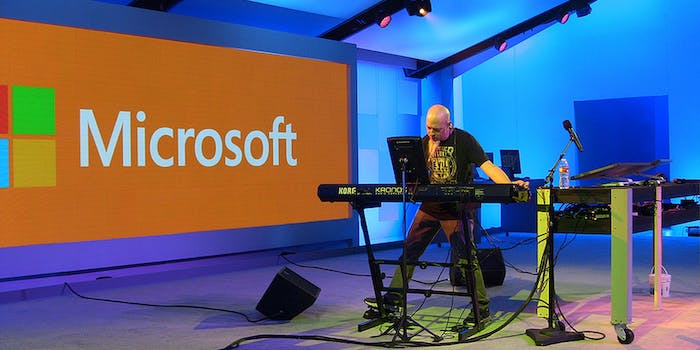 Bloomberg claims the American multinational shares its “zero day exploits,” those problems and gaps in software programs that allow hackers to manipulate them, with the U.S. government.

Microsoft has denied cooperating with the National Security Agency (NSA) by giving it direct access to its servers. However, Bloomberg has discovered that one thing the American multinational is not shy about sharing is “zero day exploits,” those problems and gaps in software programs that allow hackers to manipulate them.

And Microsoft reportedly shares this information with the government prior to patching it.

That means U.S. intelligence has access to every chink in the computational armor of the largest software company in the world before its users know about it—much less have the capacity to repair it.

Microsoft, wrote Bloomberg’s Michael Bailey, “provides intelligence agencies with information about bugs in its popular software before it publicly releases a fix, according to two people familiar with the process.”

This can help the government to guard against the exploitation of its own computers systems and allow it to go after terrorists and military enemies. Such early alerts have “allowed the U.S. to exploit vulnerabilities in software sold to foreign governments, according to two U.S. officials.”

It could also potentially allow the government to snoop on private, civilian Americans’ computers.

Other companies likely give the government similar notifications, but Microsoft is far and away the most pervasive entity in the field, having locked down much of the government with its operating system and supporting software.