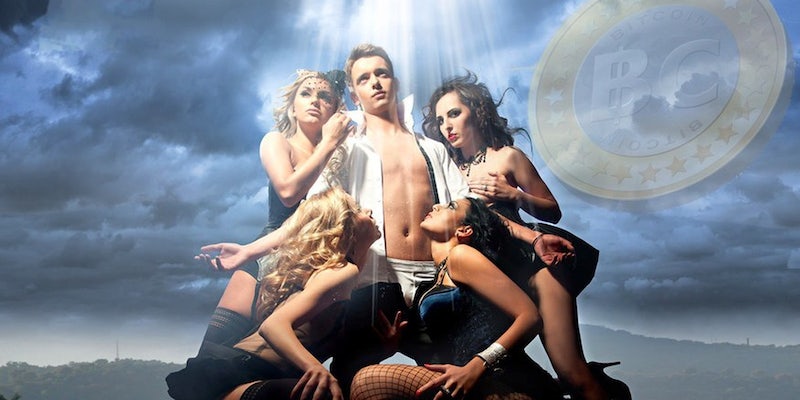 In a world without fiat currency, Bitcoin turns one man into a sexual god. (Yes, this is a real book.)

Over on SmashWords, ebook author Kayleen Knight is selling her 10,000-word novel about 19-year-old Atlas Fawkes, a condescending Bitcoin miner who survives a global financial collapse in 2019 only to become fabulously wealthy thanks to his smart lack of faith in fiat currency.

The first line of the novel shows Brad, a popular kid with a cheerleader girlfriend, mocking Atlas’s passion: “Bitcoins? Buttcoins more like!”

Atlas is a patronizing, free market-fetishizing lunatic who suffers the world’s insults in the opening of the book before becoming, we assume, a sexual king in the imminent post-dollar apocalyptic hellscape. We have to assume about the rest of the book because King of Bitcoin’s free sample ended with Atlas crying on the floor as his mining rig caught fire. It seemed like too satisfying an ending to ruin with 9,000 more words.

Knight, the author of this opus, is not new to ebook publishing. She’s written titles such as Cougars Like It Hard, Cougars Like ’Em Young, and Cougars Like It Dirty. As if that wasn’t enough, she’s also got a four-part series about demons and a how-to book on exhibitionism in her arsenal.

Now, with King of Bitcoin, Kayleen Knight’s star turn has finally come. It’ll only cost you $3.95—no, you can’t buy the book in bitcoins—for 10,000 words of prime reddit.com/r/circlejerk material.

All that’s missing is a fedora.