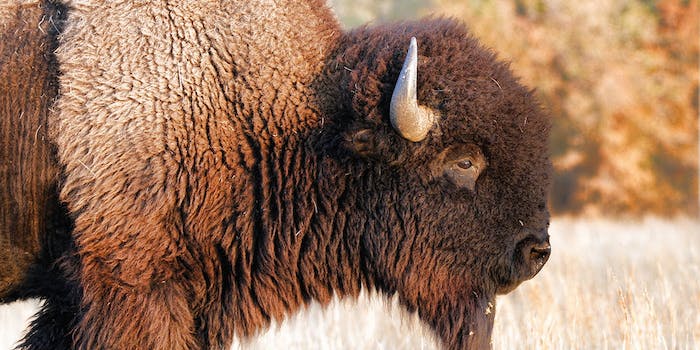 No selfie stick to save the day.

Humanity has gone to extreme lengths to get the perfect selfie, everything from vandalizing iconic landmarks to creating the plague that is the selfie stick. And one woman has gone as far as getting too close to a wild bison—a situation that resulted with a not-so-happy hairy beast.

According to KDLT News, a 43-year-old woman from Mississippi was injured at Yellowstone National Park after being flipped into the air by a bison. She was simply trying to get a selfie with the assailant.

The woman and her daughter were reportedly about six yards away from the bison when she turned her back. The bison lunged toward them, the lady and her kid tried to run, but the four-footed creature caught the woman and tossed her with its head.

She was apparently treated and released from a nearby clinic. But the real question is, did she get the snapshot?