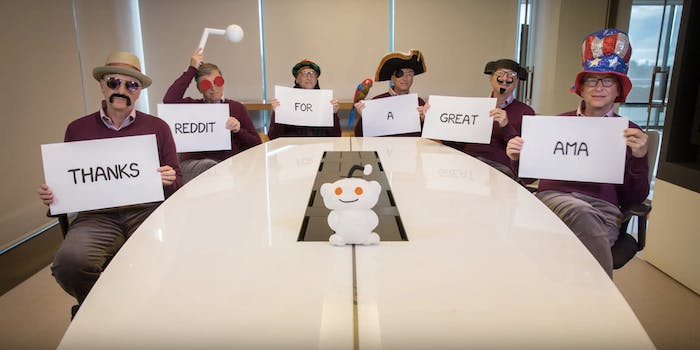 Gates hosted his fourth Reddit AMA on Tuesday to promote his and his wife Melinda’s message in their eighth Annual Letter. He answered questions about the ways in which he’s a frugal spender and his fondest memory at Harvard. He even recreated his high-school yearbook picture for his verification photo.

But the best part came after the Q&A ended. To thank all the redditors who asked him questions, Gates posted a video in which he shows that he can be a total goof.