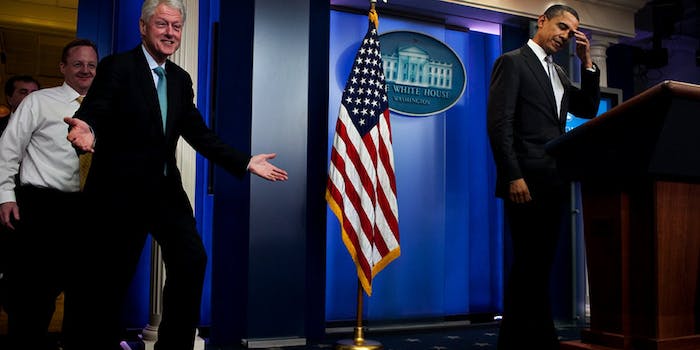 This 2010 New York Times photo of former President Bill Clinton recently resurfanced on Tumblr for all the wrong reasons.

Hillary isn’t the only Clinton to be turned into a meme. A two-year-old New York Times photo of Bill Clinton upstaging President Barack Obama in public has resurfaced and taken Tumblr by storm.

Here are some of our favorite remixes thus far.