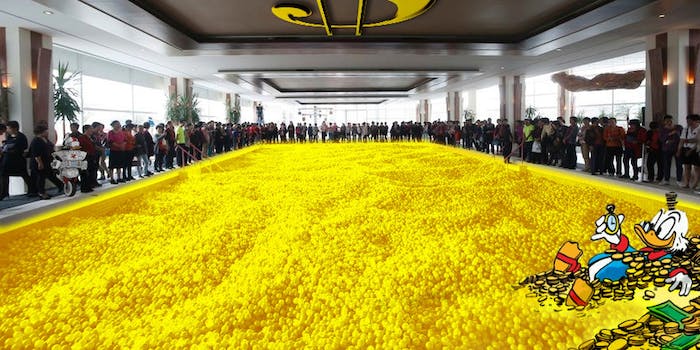 No, this ball pit is not digitally altered—it’s really the size of a hotel swimming pool.

No, this ball pit is not digitally altered—it’s really the size of a hotel swimming pool.

The Kerry Hotel in Shanghai broke the record for the world’s largest ball pit on Oct. 30 and filled a swimming pool with 1 million pink and green balls. The world-record stunt was for a good cause: raising awareness for breast cancer prevention. Three hundred of the guests were cancer survivors from the Shanghai Cancer Recovery Club.

Naturally, Reddit‘s best Photoshoppers put their skills to the test.

It was every redditor’s far-reaching childhood dream realized. And soon enough, many couldn’t resist putting their own spin to it after user tacothecat posted the photo to r/photoshopbattles. 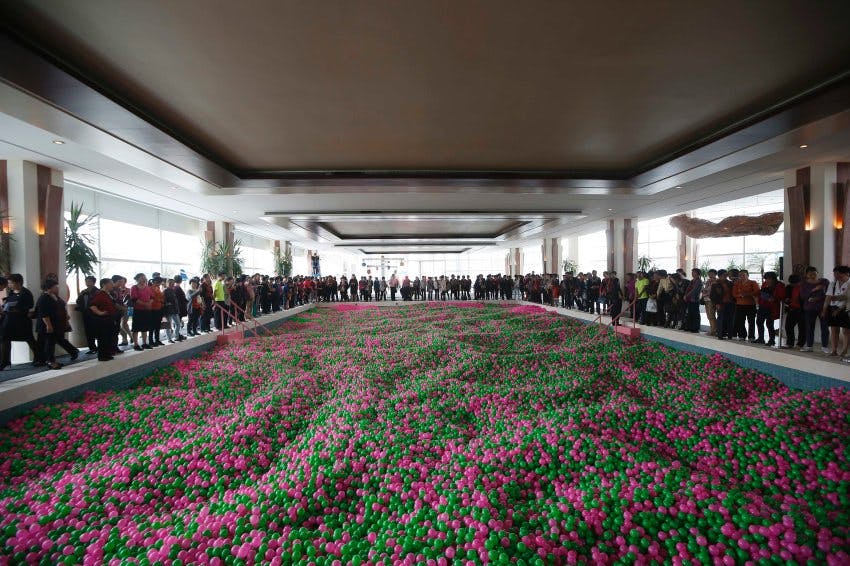 When the world’s largest ball pit is the starting point for a Photoshop battle, the possibilities are endless.

At first, many people were confused as to which subreddit they were in. The top photo depicted just an average swimming pool, no balls. 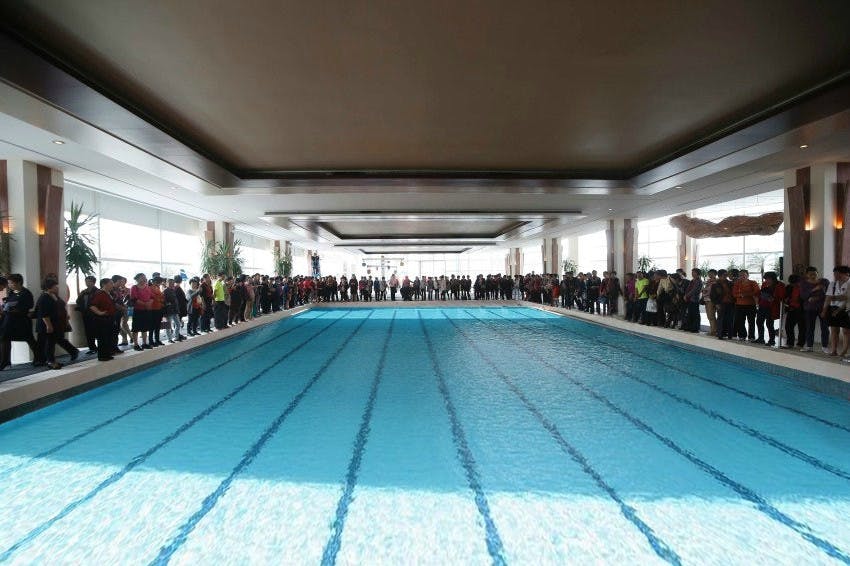 From there, people started to imagine what else could fit into a pool that big. Scrooge McDuck and Sheldon Cooper are more obvious choices, but that’s not the only thing that could live or dive into a ball pit. 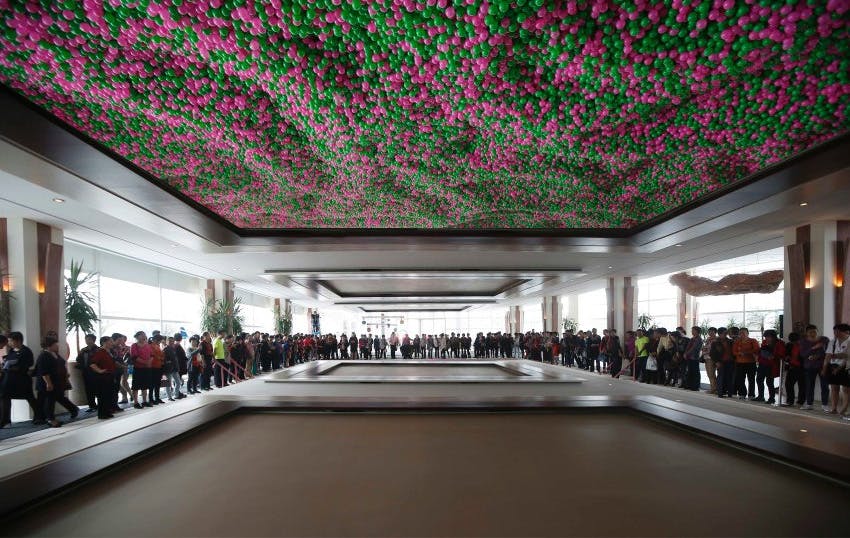 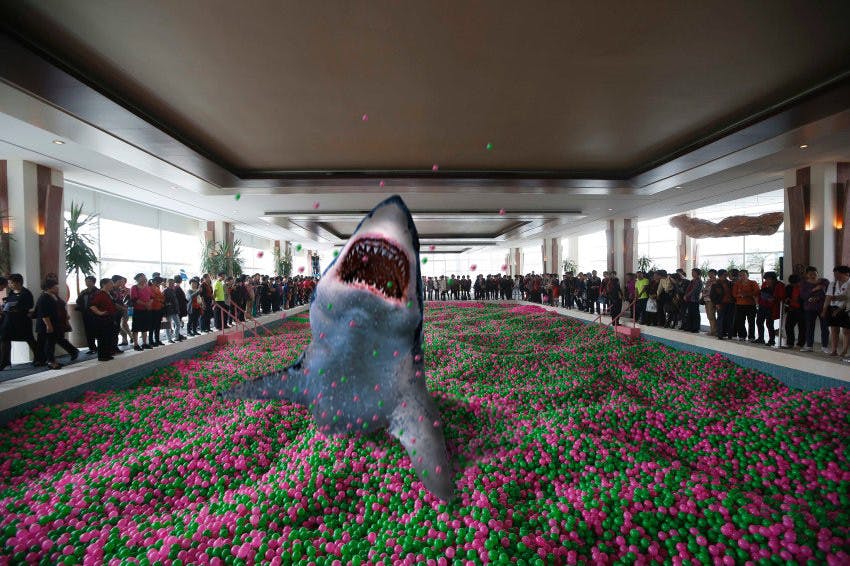 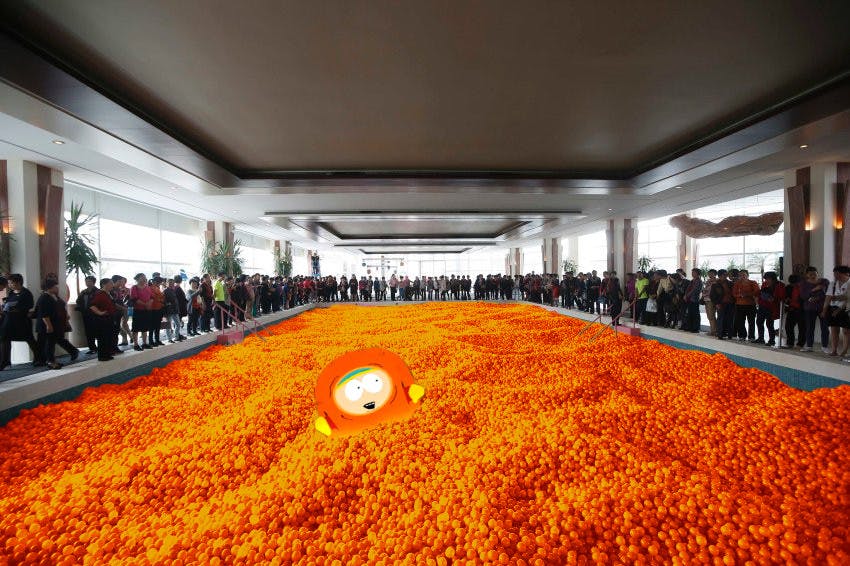 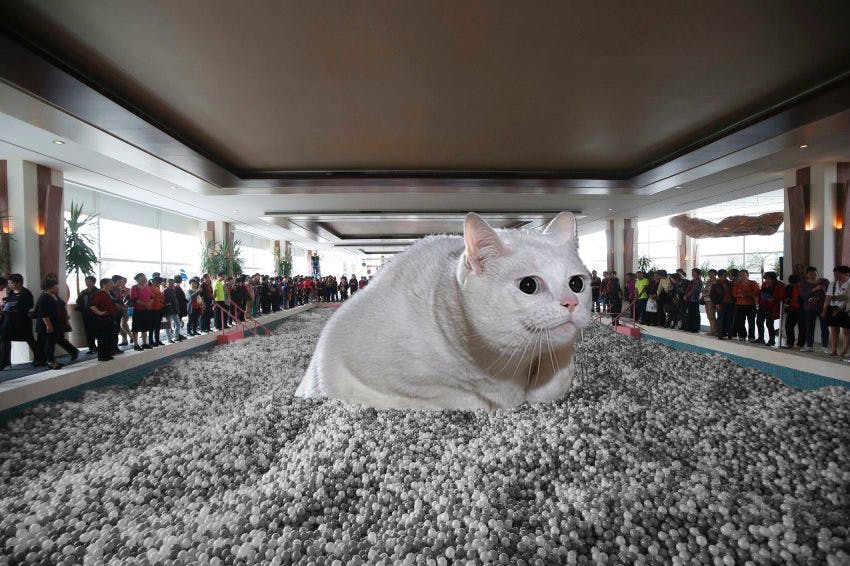 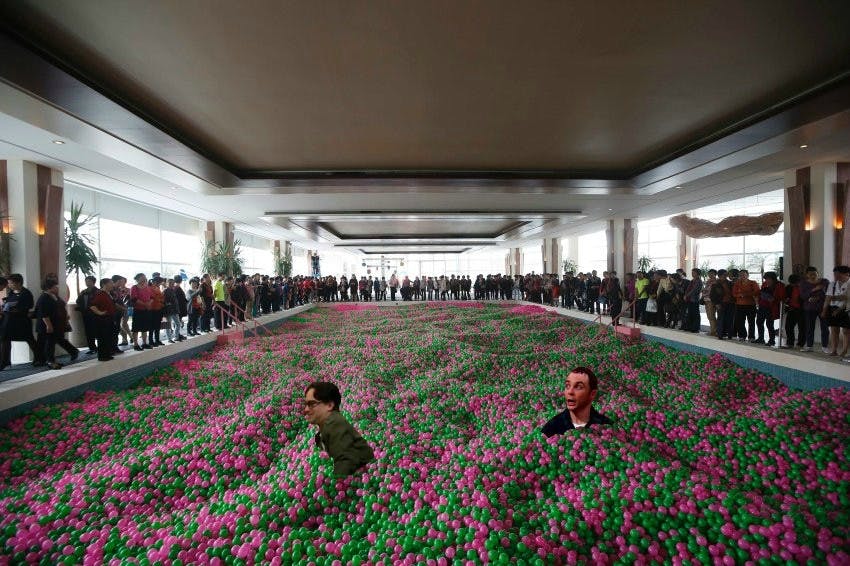 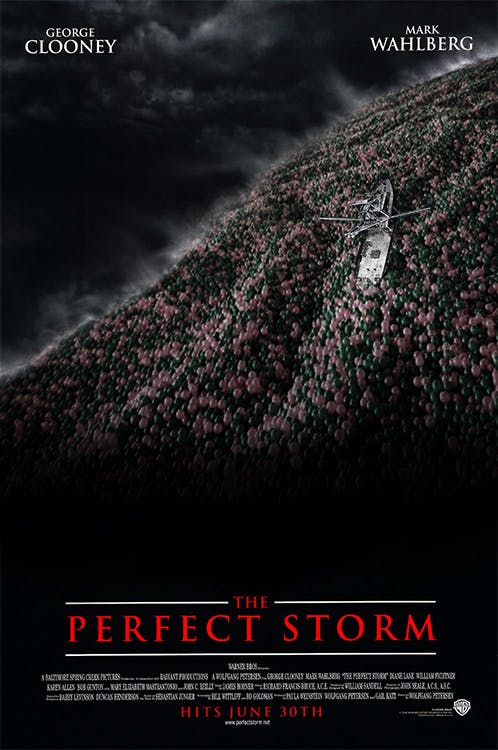