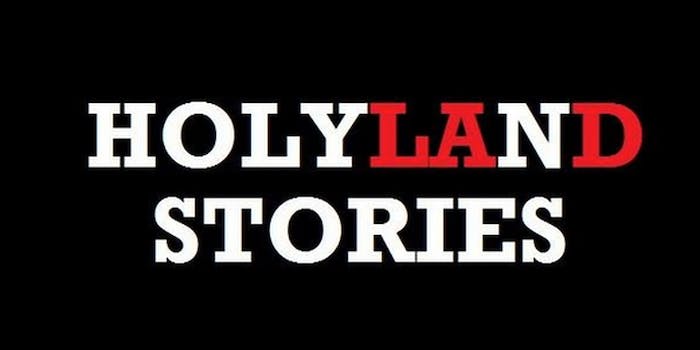 A 17-year-old was so enamored with himself after lying his way into a woman's bed that he posted a story about it on Facebook—and the post received more than 1,200 likes.

It’s hard to imagine what’s more concerning: that a 17-year-old boy in Northern Ireland assumed the identity of his older brother so that he could have sex with a drunk and unsuspecting woman, or that he was so enamored with himself after the fact that he posted a story about the incident on Facebook—and the post received more than 1,200 likes.

Either way, that’s exactly the course of action that’s transpired on the Holyland LAD Stories Facebook page, a page dedicated to publicizing wild and generally offbeat stories that emerge out of Belfast’s popular student district.

According to the Belfast Telegraph, police are now investigating a since-deleted Facebook post that tells the tale of a 17-year-old who lied about his identity and told a girl that he was his brother so that the girl would have sex with him.

It wasn’t until after they’d completed the act that he revealed his true likeness, a truth that’s at once tasteless and potentially criminal. According to Section 10 of Northern Ireland’s 2008 sexual offenses order, a sexual act can become an instance of rape if the perpetrator impersonates another individual without making that impersonation clear to the victim.

“If a woman has sex with her boyfriend’s brother in darkness, when he has led her to believe he is actually his brother, then the crime of rape has been committed.”

Police are taking the issue seriously, but Holyland LAD Stories’ 22,600 fans have taken a different stance on the subject. They’re used to stories that trivialize slavery and poke fun at wayward masturbators. Rarely does a moral compass come into play.

Still, 1,200 showing their appreciation for what is verified as rape is a little disturbing, though perhaps not altogether surprising. It was just a few months ago that athletes in Steubenville, Ohio, mocked a 16-year-old rape victim on YouTube. And more recently, a social media campaign defending alleged rapists in Torrington, Conn., made national news.

“It’s sickening to think that someone boasts on Facebook of a horrific crime, real or imaginary, and so many educated young people then cheer him on,” Drinan said.

Administrators for Holyland LAD Stories’ Facebook page did not respond to the Daily Dot’s request for comment.