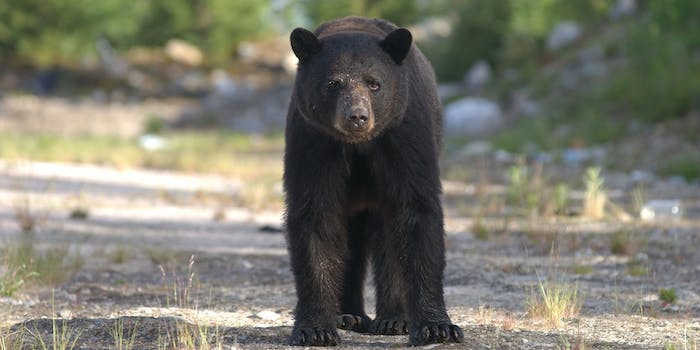 Bear gets saved by lumberjack, is basically Winnie the Pooh

Winnie the Pooh would’ve gotten his head out of many a sticky situation (or honey pot) so much faster if there was a lumberjack in the Hundred Acre Wood.

This black bar somehow got his head stuck inside of a milk can and ended up blindly wandering into a Wisconsin cornfield. It wasn’t the back entrance to Rabbit’s house, for sure, but probably still equally unpleasant.

Luckily for the bear, a lumberjack rolled in to save the day. But he didn’t just try to yank the can off its head by hand—not all bears are as friendly as Pooh after all. Plus, if you’ve got the tools, you might as well use them.