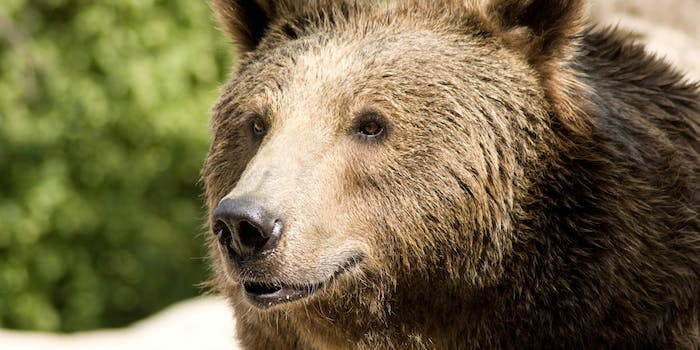 When a bear invites himself over to backyard to cool off, it's hard to say no.

Mark Hough, of Altadena, California, was in for a bit of a shock on Friday afternoon. While he was enjoying a drink, a brown bear decided to climb over the fence in his backyard and go for a quick dip in the man’s hot tub.

Video of a bear lounging in a California hot tub only tells part of the story. Read more of the margarita-lapping bear's antics here: https://t.co/rDbvOhfPQe pic.twitter.com/B8BsN0bpfT

A video taken by Hough shows the bear playing around in the jets of the unheated tub and, by all indications, thoroughly enjoying itself.

When Hough first heard some rustling in the bushes, he assumed it was his neighbor, but the sound grew louder. “So I got up, looked over in the bushes and lo and behold there’s a bear climbing up over my fence,” he told the Associated Press.

The bear only spent a few minutes cooling off in the tub before getting out to wander around the yard for a bit. At some point, it knocked over the margarita Hough and left behind and started lapping it up.

Later, while talking to a neighbor, Hough again spotted the bear, this time while it was napping in a tree.

“So he had his margarita, he had his Jacuzzi, and now he’s ready for an hour nap,” Hough told the AP.

Twitter seemed happy for the bear, who was clearly enjoying summer.

Even the bears have a laid back life in Southern California.

This bear and I have the same holiday plans apparently. #FourthofJuly

Hough added that he made himself two margaritas to make up for the one he’d lost.