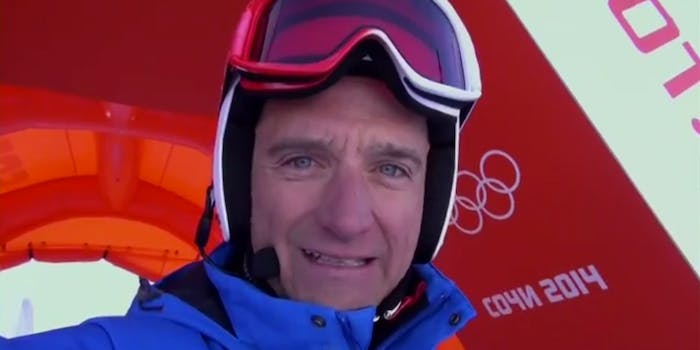 The slopestyle isn’t the only dangerous course at Sochi.

Athletes competing at the downhill course at Rosa Khutor, the ski resort hosting the alpine skiing events at the Winter Olympics, can reach speeds of 84 mph. It’s also covered in ice and resulted in 10 skiers crashing during their practice runs on Saturday.

Five-time Olympic medalist Bode Miller pulled no punches when talking about the course saying, it “can kill you.”

The BBC’s Graham Bell, a five-time Olympian himself, decided to try out the icy conditions for himself. Even more impressive, he does it while holding a camera and without poles, all while staying calm and level enough to provide some commentary.

“That is one of the most testing Olympic downhill courses I have ever skied,” Bell said.