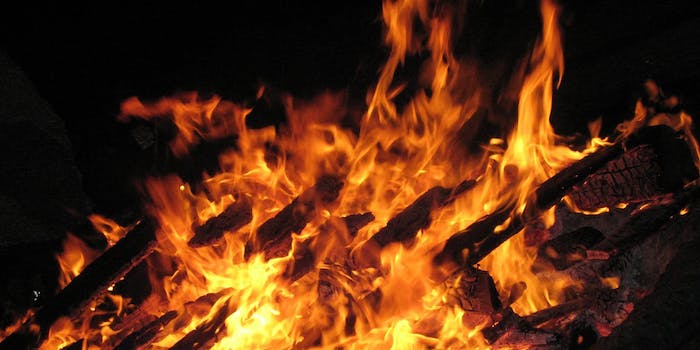 He inhaled, and then it all went downhill.

While many broadcast journalism programs have changed their curriculum to keep up with the changing media landscape, most colleges and universities are still too prudish to offer a class on keeping your cool while reporting next to a massive pile of burning drugs.

Sadly, that’s just the kind of on-camera training that BBC journalist Quentin Sommerville could have used as he stood next to a bonfire of “eight and a half tons of heroin, opium, hashish and other narcotics.” Sommerville was reporting on an drug bust in Afghanistan a few years ago, when he made the mistake of inhaling his news story and unsurprisingly burst into a high-as-hell giggle fit.

Try as he might to regain his composure and finish his dispatch like a consummate professional, no amount of takes could save Sommerville from his high.

The journalist posted the blooper to YouTube on Monday, tweeting to his followers, “Dear tweeps, it’s been a year of bullets & bloodshed. You’ve earned a xmas laugh, at my expense.” Realizing that it might not be footage worthy of his reel, Sommerville promptly removed the clip, but not before the Internet made copies to be enjoyed for generations to come.