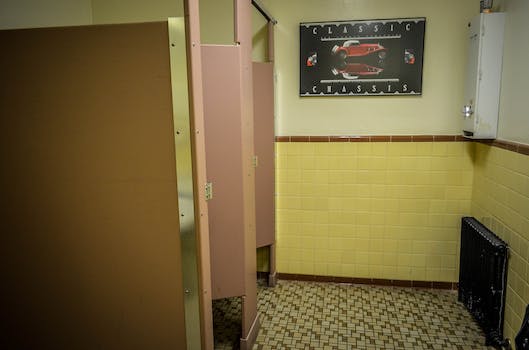 New Jersey’s most famous Vine prank bro, Lance Stewart (a.k.a. Lance210), has a series of gut-bustingly juvenile stunts where he fakes bodily fluids to mess with people in public restrooms. In this week’s edition, he squirts water on the shoes of the guy next to him.

It goes very, very well for Lance. Not so well for the dude who falls on his bare butt.

Previously, he shot chocolate syrup on some unfortunate dude takin’ a poop:

He also smeared Nutella on another poor chump’s hand:

But he’s arguably more famous for the pee pranks. Here’s a compilation from last year.

Do not—I repeat, do not—use a public restroom in Franklinville, N.J. Or anywhere in New Jersey. But that’s a different story.