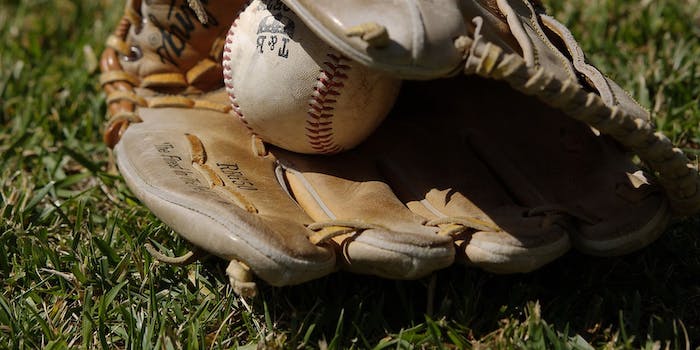 Who says this game is boring?

Memorial Day weekend, though principally an occasion to remember the sacrifices of the country’s veterans, is chock full of Americana: beach trips, BBQs, and, of course, baseball. Fittingly, a college game on Saturday demonstrated just why the sport is our national pastime.

Louisiana State University third baseman Christian Ibarra was chasing a pop foul hit by University of Arkansas catcher Alex Gosser when he became disoriented by the sun. As a result, the ball hit him square in the forehead (before being caught by shortstop Alex Bregman).

LSU went on to trounce Arkansas 11-1, but the absurd play did leave its mark.

Christian Ibarra’s forehead. You probably don’t need the arrow, but what the hell … #LSU pic.twitter.com/UpHSU8DZdx

Oh, well—winning the entire SEC Tournament on Sunday likely took some of the sting away.