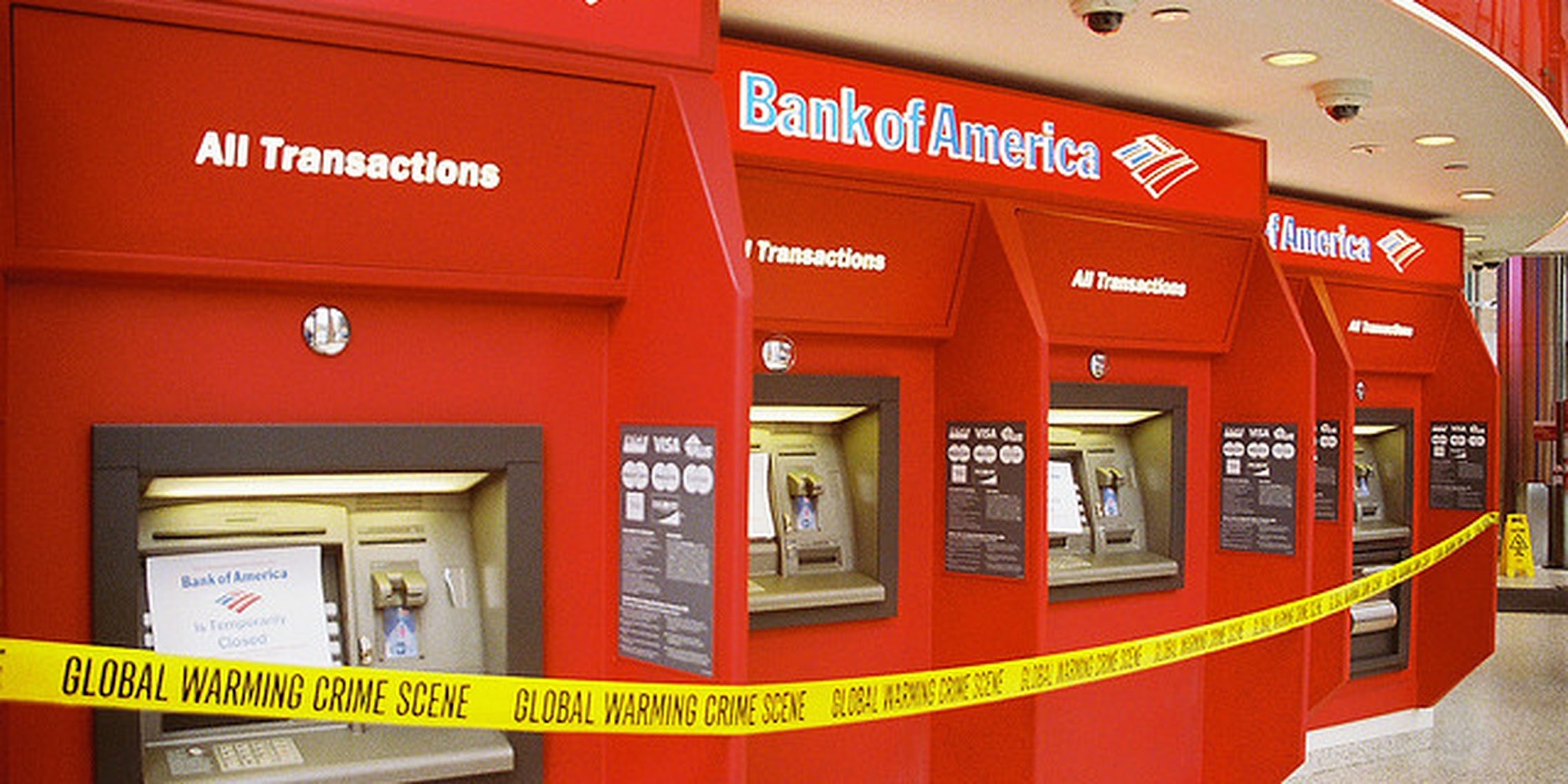 The Bank of America Twitter bot really cares about you

Bank of America’s automated Twitter bot might care too much. The bank’s Help account tweeted repeatedly at members of the Occupy movement discussing its “evil” practices with generic phrases like “Anything I can do to help?” and “We’d be happy to review your account with you to discuss any concerns.”

It started when a user named @darthmarkh posted a photo of the chalk artwork he’d been drawing outside Bank of America headquarters in NYC. The art depicted the Monopoly banker and read in part, “Theft. Illegal Foreclosures. Fraud.” Cops had chased him away for “obstructing.” @darthmarkh tweeted the photo and included @bankofamerica in the tweet.

A programmer named Eksith Rodrigo posted screencaps of the exchanges on his WordPress blog.

As @jenniedelicious replies, “Nobody. Had. Any. Account. Related. Inquiries. Nobody wants anything to do with you,” and then: “Why am I arguing with a bot?”