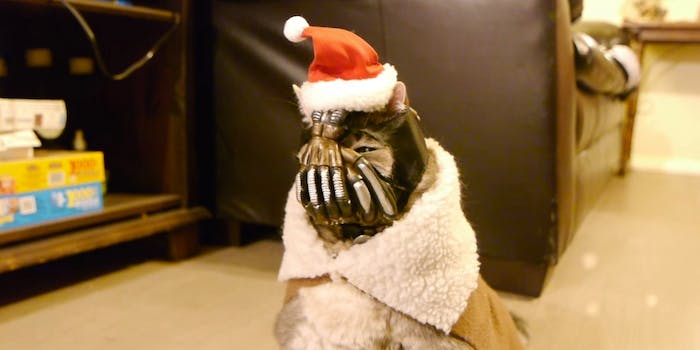 BaneCat is back to deliver holiday fear

’Twas the final few days before Christmas, when all through the house, not a creature was stirring—except for BaneCat, busily plotting Santa’s demise.

The dastardly cat, who’s already bestowed a lot more than fear into us, has been busy this holiday season. He’s got the utensils at the ready at the bottom of the chimney, thwarting his owner’s attempts to celebrate Christmas, and he’s loaded your gifts with bombs. It would’ve been Bane just being his regular asshole self, but he jacked up to 100 once the man in red became a factor. Santa may want to skip this house this year.

Sleep in heavenly peace? Yeah, I don’t think so.