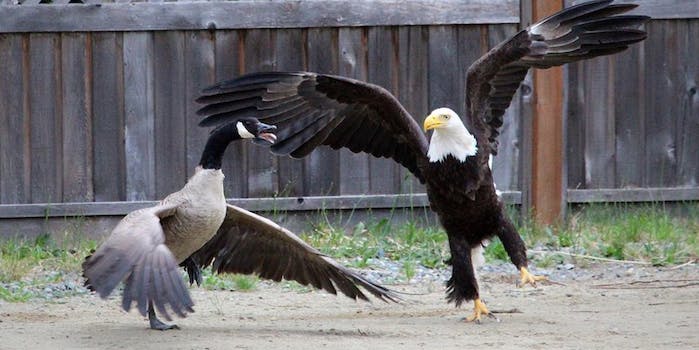 Who shall be victorious?

It was the bird battle of the century: bald eagle versus Canada goose.

The two winged beasts went beak to beak in a matchup as enthralling as a pay-per-view boxing match. According to Global News, Lisa Bell was camping at the Spider Lake Springs in British Columbia when she heard a noise at a nearby pond at around 7am.

That’s where she spotted a bald eagle standing on top of a Canada goose as though it had already won the fight. Bell was able to capture the moment on her camera, later sharing to the Facebook group Vancouver Island Images. 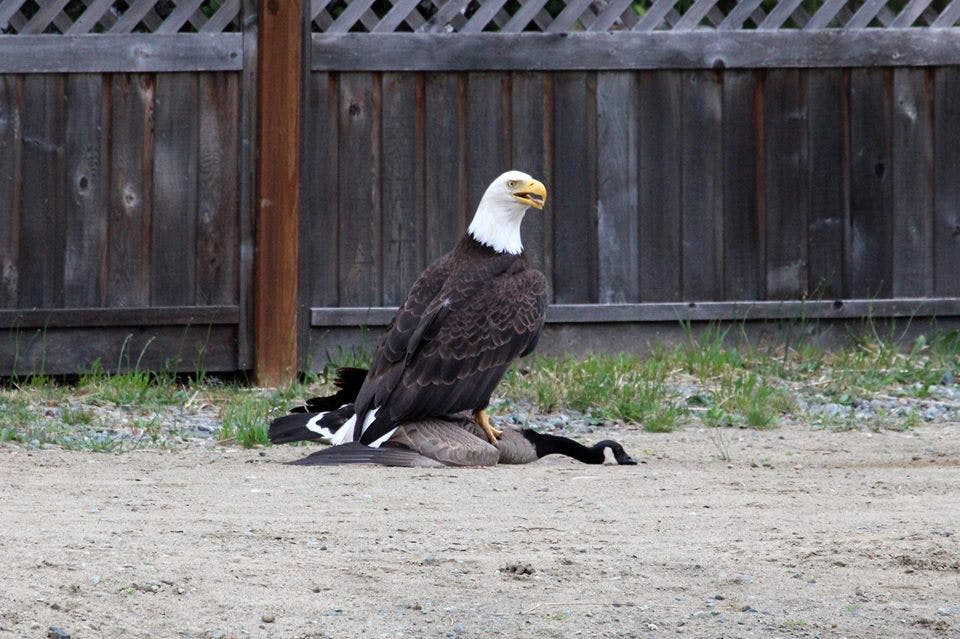 But the goose wasn’t defeated yet. According to Bell, it was probably just playing dead because once the eagle let go to get a better grip, the goose wrangled free. And that’s when the true drama came out.

The photographer took some pics that either need to be put in the MoMA—or are the equivalent of stills from the Bad Girls Club turned Bad Birds Club.

Just look at the fear instilled in the goose! And the tension coursing through the feathers of both birds! 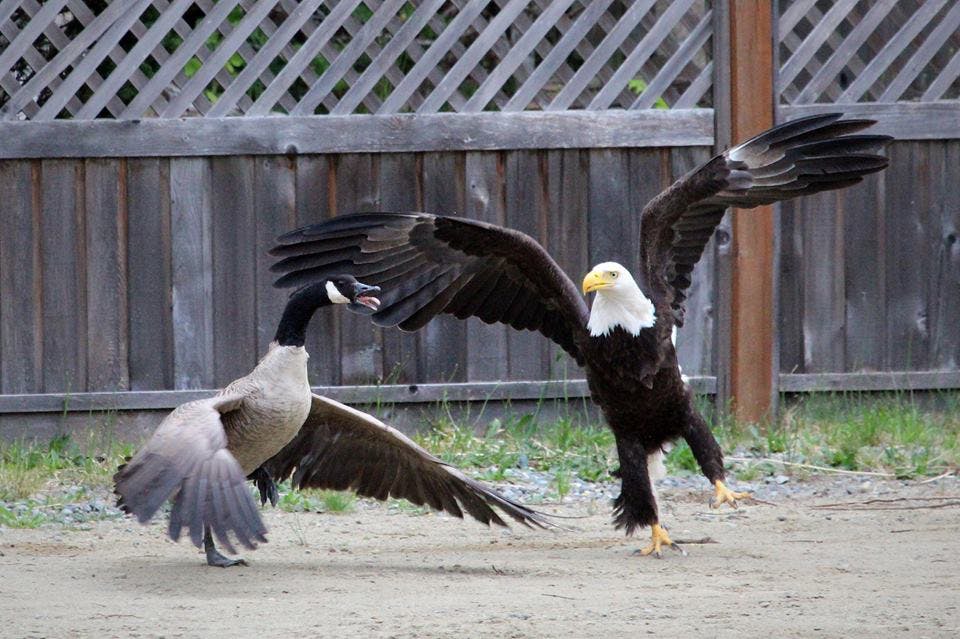 Now, you’d think that the goose would be able to put up more of a fight with the birds’ long history of being total jerks. But the goose knew that it just couldn’t win this battle and understandably fled for the water. Which made for a pretty hilarious snapshot of nature.

It’s like the bully finally got a taste of its own medicine. 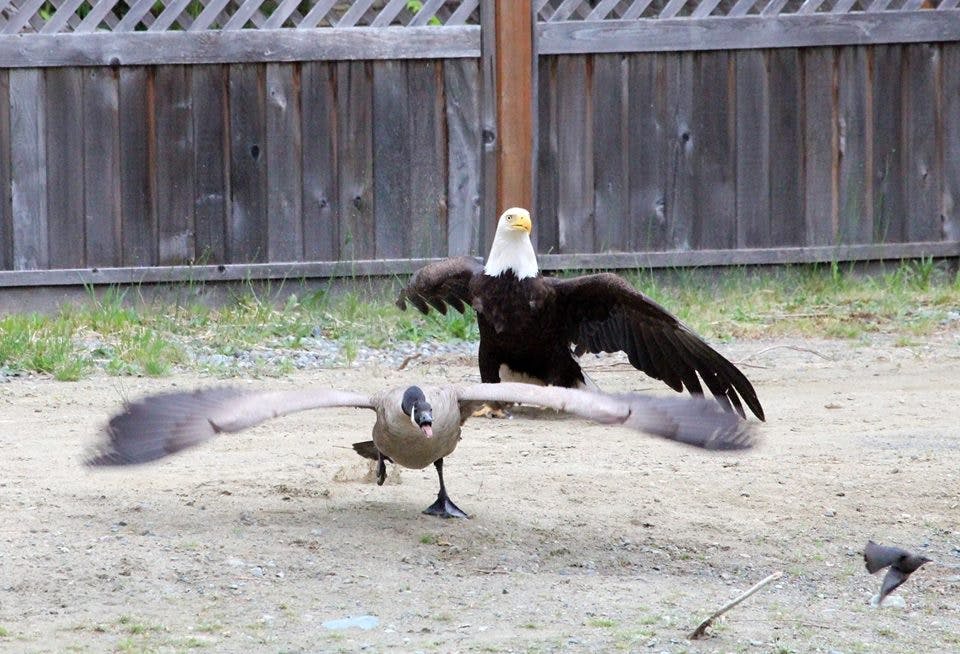 And that was apparently the end of the tussle between the two titans (even though the eagle was then joined by a friend in a nearby tree). You can check out the rest of Bell’s amazing photos on Facebook, where they’ve been shared over 3,500 times as of Monday night.

We’ll be eagerly awaiting the second round.